KTRK
By Jeff Ehling
WILLIAMSPORT, PA (KTRK) -- Pearland may have beaten Bonita, California four days ago, but this time Pearland comes in without rest and reeling from their first loss since tournament play started for in July.

Pearland batters failed to score runs against Lewisberry, Pennsylvania and they were anxious to break that streak. Pearland's Ben Gottfried got the call to go up against a Bonita team, eager to avenge their loss to Pearland.

Bonita started the top of the first with a walk to Antonio Andrade but Levi Mendez hit into a fielders choice to get Andrade out at second. Nate Nankil then hit a single to right that moved Mendez to third. With runners on 1st and 3rd with one out Walker Lannom took a 2-0 pitch over the left centerfield fence for the 3-0 lead. 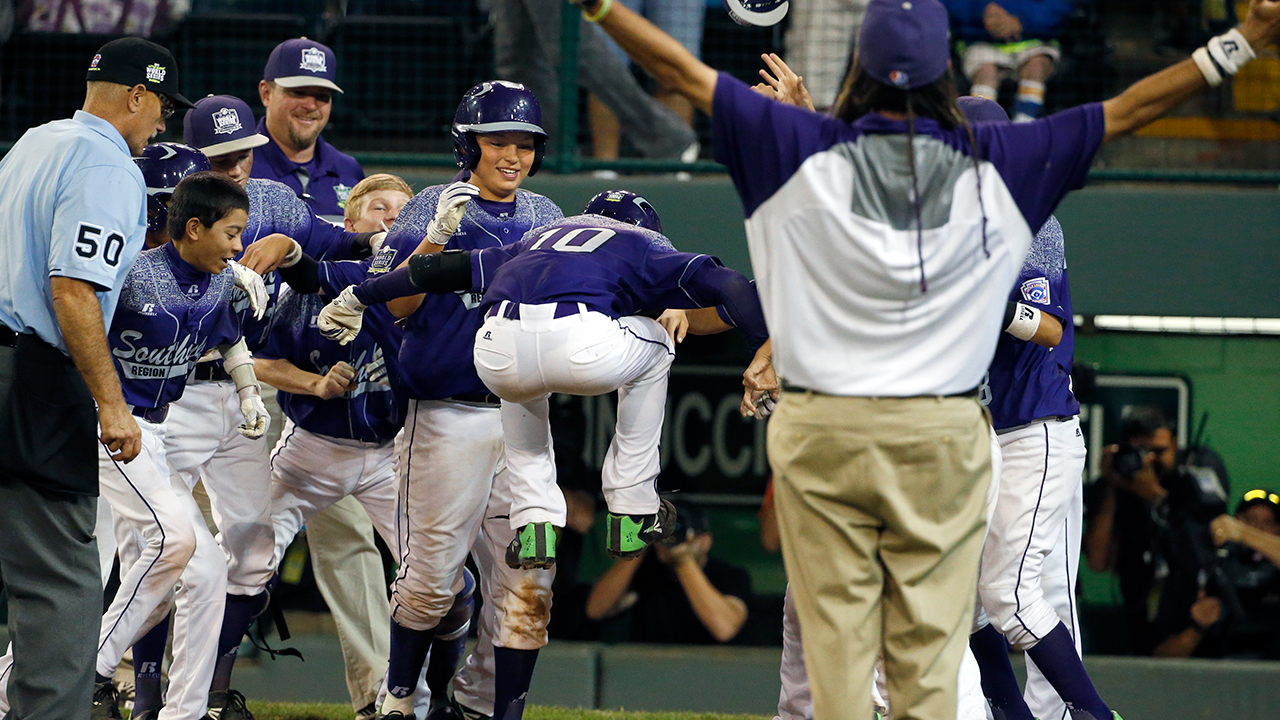 Gottfried then got Jacob Baptista to fly to deep right field and Dante Schmid to strike out on 3 pitches to end the inning with the 3-0 lead.

In the bottom of the 1st Bontia's pitcher Antonio Andrade hit Pearland's Isaac Garcia with just his 3rd pitch of the game, sending Garcia to first. Jarrett Tadlock then ripped a single past a diving Bonita short stop to put runners on 1st and 2nd with no outs.

Gottfried was facing a 3-2 count when Andrade hit him with a pitch to load the bases with no one out. Zack Mack then took a 3-2 pitch over the left field wall for a grand slam giving Pearland the 4-3 lead with one swing of the bat. That sent Bonita starting pitcher Andrade out of the game after just 20 pitches.

Bonita brought in Nate Nankil to face Pearland's Tristan Schwehr. The pinch hitter hit the 3rd pitch he faced hard to the Bonita Short Stop, who had the ball in his glove but failed to come down with the grab.

Pinch runner Caleb Low came in for Schwehr at first then moved to second on a passed ball. Pearland's next batter Marco Gutierrez then drew a walk to give Pearland runners at 1st and 2nd with no outs. Carter Ostrom then hit into a double play but Caleb Low advanced to 3rd. Lloyd Richards III then drew a walk to put runners on the corners with 2 out. Richards then advanced to 2nd on a stolen base but Raffi Gross pop up to first in foul territory ended the inning with Pearland on top 4-3.

In the top of the second, Ben Gottfried got the first the first Bonita batter to strike out on 5 pitches and then Bonita's Nick Moldando went down on 3 pitches for the second out. Preston Fleming then struck out swinging on the 4th pitch from Gottfried to end the inning.

In Pearland's half of the the 2nd, Isaac Garcia drew a walk but Bonita's pitcher Nate Nankil then got the next three Pearland batters to strike out keeping the score to 4-3 Pearland.

In the 3rd after a quick out Bonita's Levi Mendez sent a towering shot over the right field fence to tie the game 4-4. With two outs Walker Lannom was hit by a pitch. Then Jacob Baptista hit a two run home run over the centerfield fence to give Bonita the 6-4 lead.

In the bottom of the 3rd Pearland's Carter Ostrom reached 2 out hit, but another Pearland strike out ended the inning with Bonita still ahead 6-4.

Must be something here in the water in Houston! Pearland taking a page out of the @Astros book with the #WalkOff! #LLWS

Pearland's starter Gottfried began the top of the 4th having thrown 45 pitches. Gottfried's 49th pitch sent Bonita's Mark Cervantes to first with a walk. But Gottfried regained his form and sent both Ariel Armas and Cameron Barbabosa down swinging for the first two outs of the inning. A passed ball sent pinch runner Preston Fleming to second but Gottfried recorded his 3rd strike out of the inning when Antonio Andrade went down swinging.

Pearland entered the home half down 6-4. With one out on the board Isaac Garcia singled to right. Jarrett Tadlock struck out but Ben Gottfried kept the inning alive by sending a 2-2 pitch to center for a single. With runners on 1st and 2nd Pearland's Zack Mack sent a line drive to right field that scored Garcia from 2nd cutting the lead to 6-5 Bonita. A passed ball put runners at 2nd and 3rd for Tristan Schwehr, who hit the ball right to the Bonita Short Stop ending the rally with Pearland down by 1.

"No quit in these boys" #Pearland

In the top of the 5th, Bonita's Levi Mendez struck swinging out on a full count. Nate Nankil went down swinging for the second out. Walker Lannom then hit a soft roller fielded by Gottfried who fired to Mack at First for the final out of the inning with Bonita still leading 6-5.

Marco Gutierrez started Pearland's half of the 5th sending the first pitch from Bonita's Nankil over right field fence to tied the game 6-6.

Conner DeLeon then hit a drive to the wall but was thrown out out 3rd trying to stretch the double into a triple. That sent Bonita pitcher off the mound. Jacob Baptista then entered the game as Bonita's 3rd pitcher of the night.

Baptista then walked Lloyd Richards III on 5 pitches. Raffi Gross came to the plate and drew a walk after working the count full.

With two on and one out, Garcia struck out swinging. Jarrett Tadlock hit the ball right to the Bonita 3rd baseman who could not come up with it or make a throw to load the basses.

The rally ended Gottfried failed to bring any of the runners home, going down swinging on three straight pitches. The score tied 6-6 after five.

In the final frame Gottfried struck out the first Bonita batter. Then Bonita's Dante Schmid hit a routine fly ball to left for the second out.

Pearland's Manager Andrew Solomon then brought in Garcia to face Bonita's Mark Cervantes. Cervantes worked the count full and drew a walk. He was replaced at first by pinch runner Isaac Artalejo. Bonita's Nick Maldonado then struck out swinging to end Bonita's inning with the score still 6-6.

Zack Mack walked on 4 straight pitches to start the Pearland 6th. Tristan Schwehr then went down looking at a called 3rd strike for the 1st out. Marco Guteirrez advanced the runner to third on a ground ball hit to Bonita's short stop. With 2 outs Conner DeLeon struck out to send the game to extra innings.

In the top of the 8th Bonita took the lead 7-6. That set up a dramatic ending for Pearland. After a Zack Mack walk Caleb Low hit a line drive home run to left center for a walk off two run home run and a 9-7 victory.

The win sends Pearland to the U.S. Championship game. Pearland gets one full day of rest before taking on home town favorite Lewisberry, Pennsylvania. The rematch will air at 2:30pm Saturday on ABC. 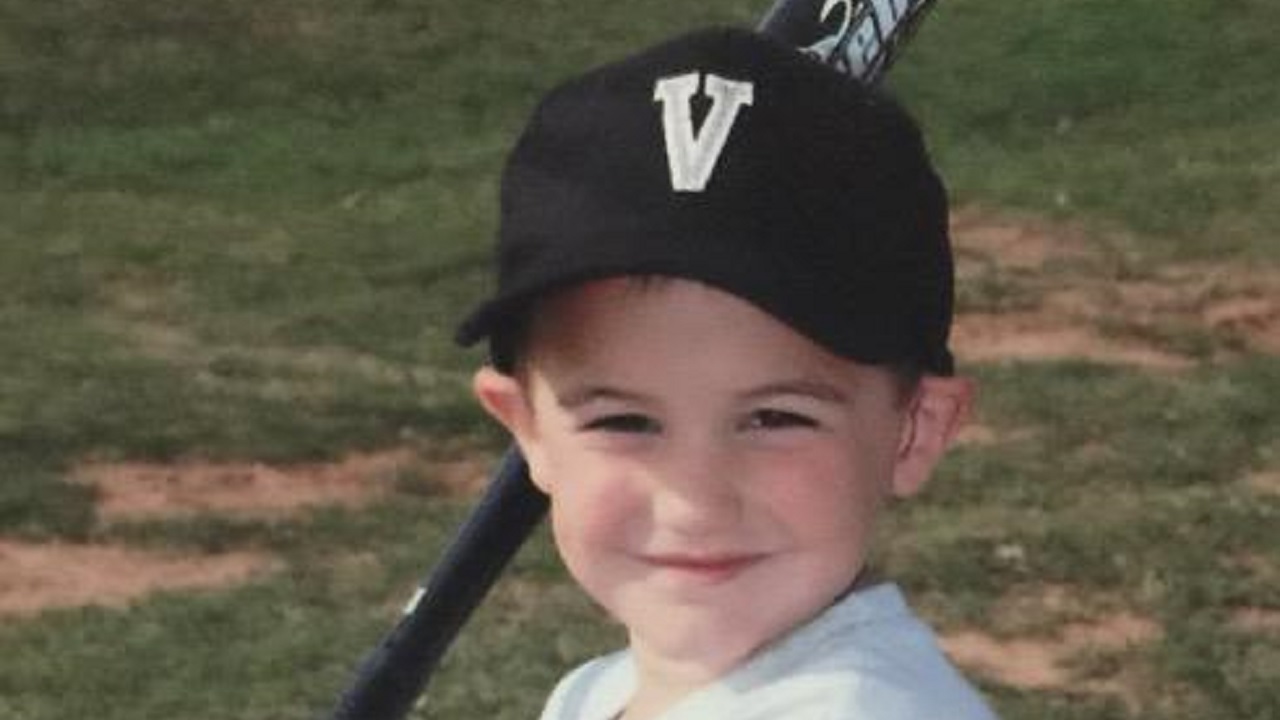 FLASHBACK FRIDAY: Before they were All Stars
We found photos of the Pearland All Stars players and coaches before they were vying for a LLWS championship!
Related topics:
sportspearlandlittle leaguepearland little league
Copyright © 2020 KTRK-TV. All Rights Reserved.
RELATED 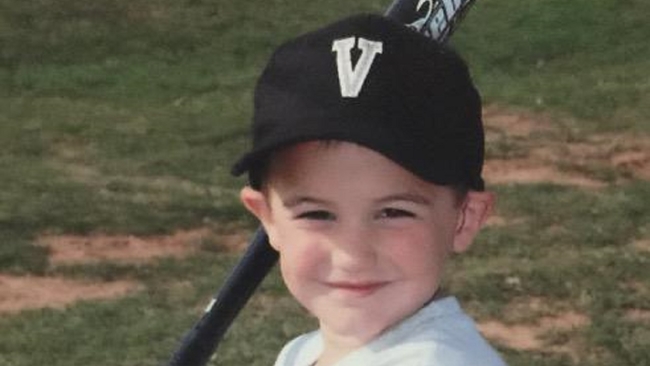 FLASHBACK FRIDAY: Before they were All Stars
More Videos
From CNN Newsource affiliates
TOP STORIES