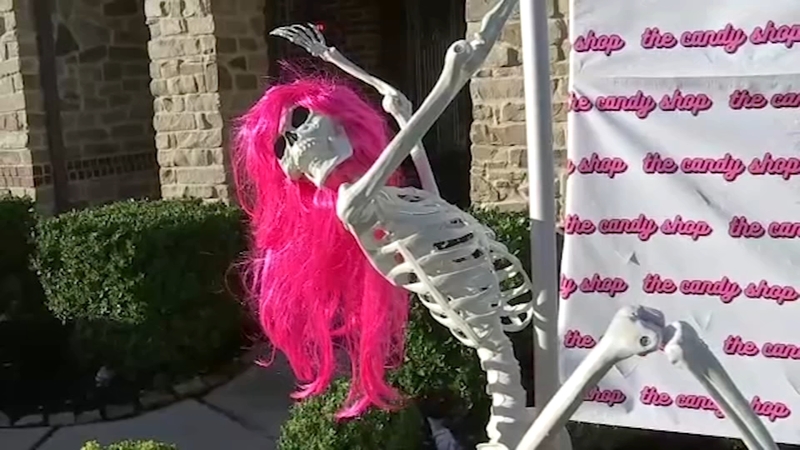 RICHMOND, Texas (KTRK) -- A woman who caused a bit of a stir with her homeowner's association over her pole-dancing skeleton display says she's received even more support from her community and even from as far away as Canada.

A skeleton strip club? Welp, it's not a new concept coming to town, but it is in a woman's front yard! Watch why.