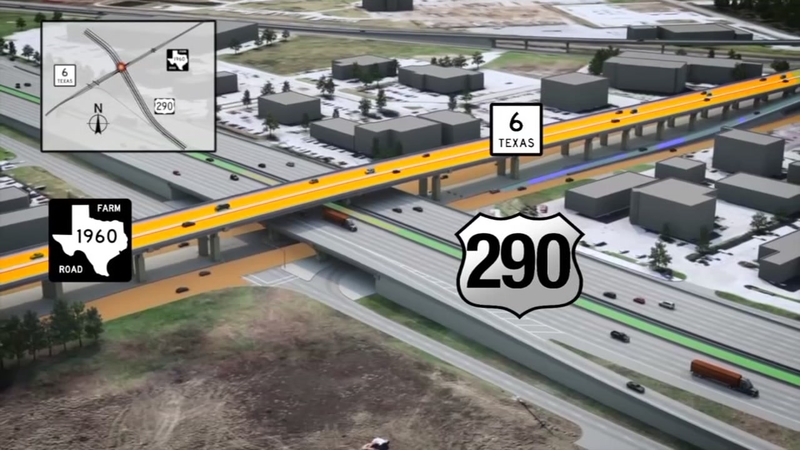 The end is near

JERSEY VILLAGE, Texas (KTRK) -- US-290 has been under construction for nearly seven years, but TxDOT says 2019 is the year you will see the project near completion.

Crews are also in the process of widening the freeway to five lanes in each direction.

They've already built direct connectors to and from I-10 and 610 near the Galleria, and they've remodeled the interchange at Beltway 8.

Most construction is expected to be finished by the first quarter of 2019.

When the widening of US-290 is complete you can expect:

There's one more big job TxDOT plans to tackle this year along the 290 corridor.

TxDOT will build an FM-1960/Highway 6 bridge over the freeway.

The overpass allows drivers to bypass the congestion at the 290 feeder road stoplight.

The new SH-6/FM-1960 bridge will begin just north of Copper Grove Boulevard on SH-6, travel over the Union Pacific Railroad tracks, Hempstead Road, US-290 and Wortham Boulevard, then come back down to ground level before Eldridge Parkway on FM-1960.

Crews started construction in March, and will wrap up by the end of the year.