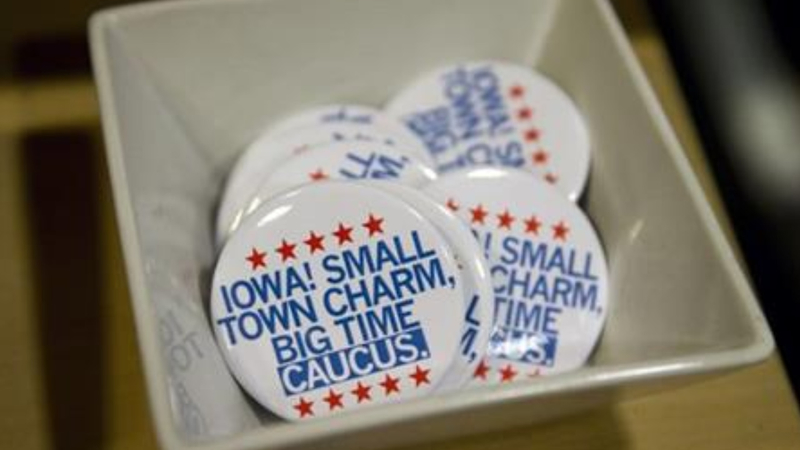 The frontrunner, Donald Trump seems poised to win here. The latest polling has him in first place, beyond the margin of error, ahead of Texas Senator Ted Cruz.

Polling also suggests half of Trump's support is from new voters. Will they actually show up? Will the projected snowfall today deter some of them from taking the time to caucus? Trump thinks they'll follow through and help him win.

We've talked to a lot of Trump supporters in several states over the past few months. And without exception, the thing all of the say they like about him is his politically incorrect, plain spoken approach to politics.

It is shaping up to be the year of the establishment versus the outsider on both sides of the aisle. Today should be a fascinating.

On the left is Hllary Clinton. The former first lady, senator, and secretary of state was working hard the entirety of the weekend to persuade the undecideds and motivate her supporters to turn out.

She's facing a stiffer than expected challenge from Senator Bernie Sanders of Vermont. He is drawing large crowds across the state and could be poised for an upset.