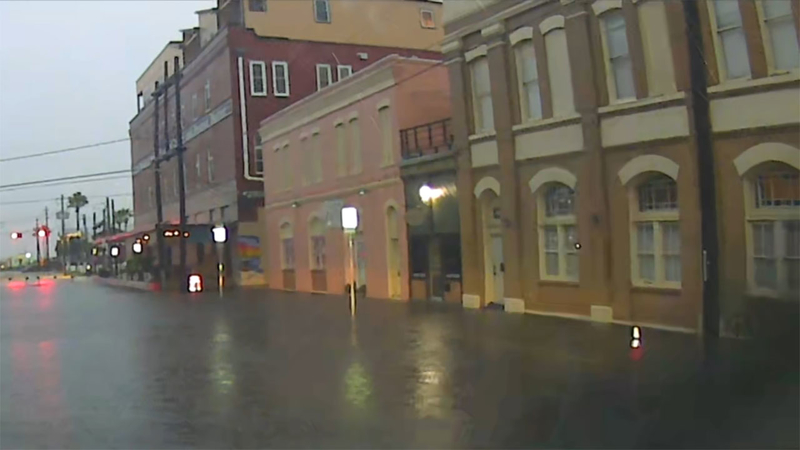 Early Wednesday morning, streets were filled with water up over the curb. In some spots, the sidewalks were covered, and water appeared only inches away from entering buildings.

A number of Galveston County offices have closed for Wednesday. The County Courts, District Courts, County Clerk's Office and County Tax Assessor-Collector's Office are all closed due to weather.

According to the city, a number of streets are impassable.

Several drivers became stuck in the high water. One woman was picked up by a tow truck driver, even as her boyfriend tried to come to her rescue.

READ MORE: This Galveston boyfriend wins hero of the day!