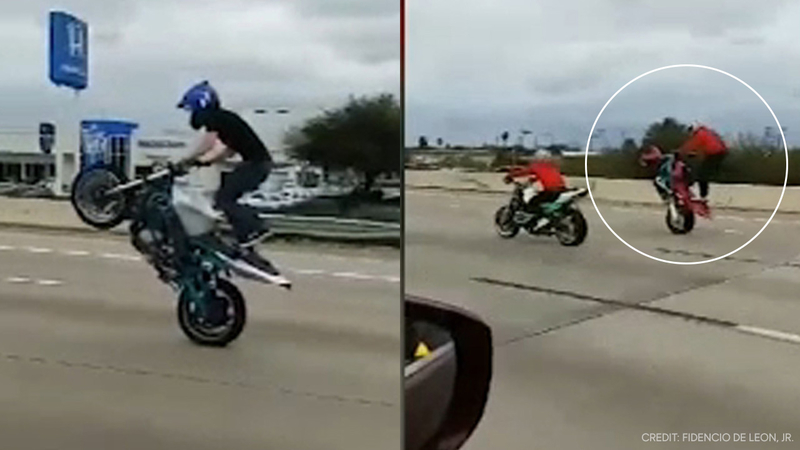 It happened over the weekend, and fortunately, the freeway was not filled with traffic like it usually is during the week.

"They look like they are going at least 100 miles per hour," said Andy Martinez.

Martinez said he owns a bike himself, but said he would never attempt anything like that.

"At first glance, I would tell you that's pretty dangerous and reckless," he said.

It's unclear if anyone was hurt or if the incident was reported to authorities, but if a motorcyclist is caught doing these type of dangerous stunts on public roadways, the rider can be charged with reckless driving.

Rosen said they have been seeing these type of stunts happening a lot more, but doesn't see it ending anytime soon.

"It's going to take one of them, unfortunately, to get severely hurt before they take the message that you shouldn't be doing this," he said.

If you do encounter a rider doing stunts on a freeway or public road, authorities said the best thing to do is stay back and report it immediately.