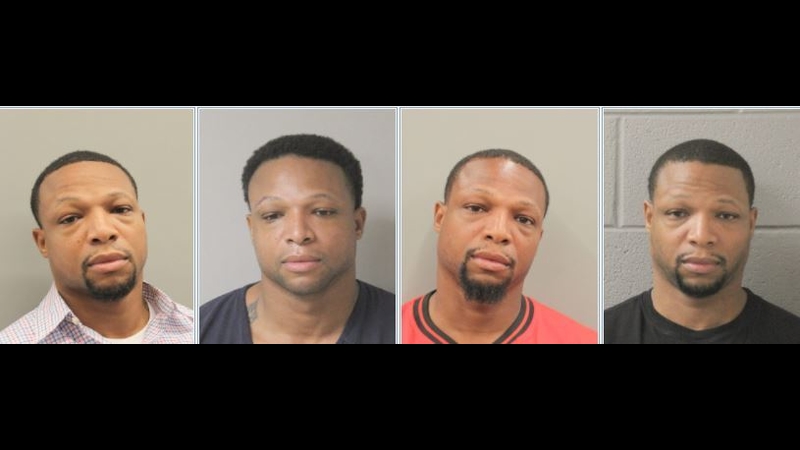 HOUSTON, Texas (KTRK) -- A Missouri City man has been sentenced to 45 years in prison after shooting two security guards while free on bond in 2019 Harris County District Attorney Kim Ogg announced on Saturday.

Landon Kenrie "Ken" Johnson shot one security guard once and the other five times 20 minutes after being forced to leave after fighting in a club in southwest Houston.

"He started a fight at a club, was chased off and then returned with an AR-15 rifle to shoot the security guards who had chased him off," Ogg said. "We are incredibly lucky no one was killed."

Johnson had been recently freed on bond by Fort Bend on a separate shooting when he shot the security guards.

A Harris County jury sentenced Johnson on Friday after two days of hearing evidence of his prior bad deeds. Johnson has been convicted for two robberies. and armed robbery, two charges of assaulting of a family member and injury to a child. He also has pending cases in both Brazoria and Fort Bend counties.

"He spent the last two decades committing violence," Gibson said. "Habitual offenders have gotten with re-offending in Harris County and this verdict made it clear that this will not be tolerated."