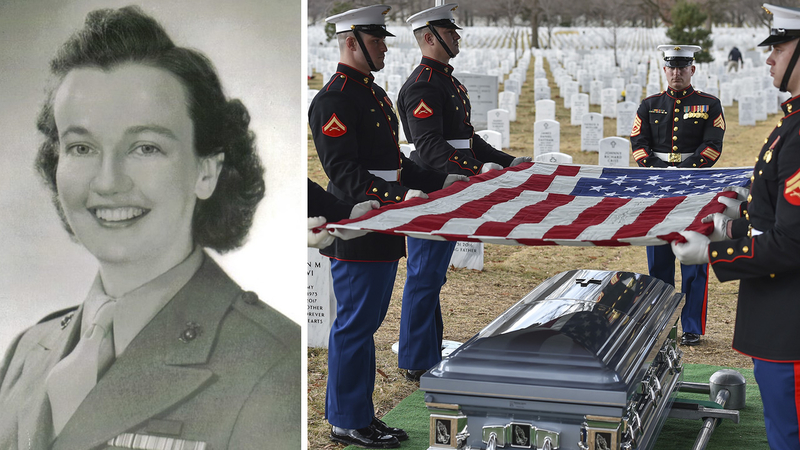 Murray, born in 1917, first served in motor transport during World War II and remained in active service until her retirement in 1962. She said hearing then-President Franklin D. Roosevelt's 1941 radio broadcast announcing the attack on Pearl Harbor was a pivotal moment in her life.

"I realized our nation was at war, and I asked myself, 'What can I do?' I thought about it, and it came to me: I would enlist in the armed forces," she said.

During the final years of her life, Murray maintained a YouTube channel where she discussed her life experiences.

In a May 2017 video titled 'Equal Rights for Women,' Murray discussed the inequality she faced as a woman in the armed forces. She recalled an incident in which several men were speaking about their career achievements and she felt they weren't giving women due credit.

"There are many women Marines who are working in their own jobs just as hard as the male Marines," she said. "I stood up at my desk in the other corner and I gave my typewriter a big bang. I said, 'There's my rifle.'"

"Did you tell them to remember there were 18,000 women Marines?" Mark Adkins, Murray's caretaker who was shooting the video, asked.

"Yes, I did. I also said before I shot up, 'As a matter of fact, you wouldn't even be here if it wasn't for some woman,'" Murray added. "I didn't shut up, I had my say and I never regretted it."

When asked about her advice for women today, Murray shared three simple words from another female colonel she admired: "Press on regardless."

The final video posted to Murray's account before her death shows her singing along to the Marine's Hymn in honor of the Marine Corps' birthday on Nov. 10, 2017.