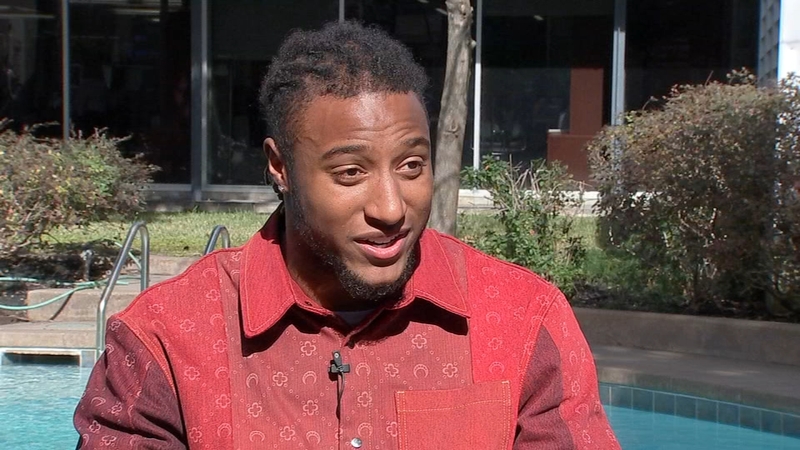 How would you wine and dine Texans free agent Justin Reid?

"That's just the business side of the NFL," Reid said of David Culley's firing from the Texans after one year on the job. "The NFL isn't always fair."

On Friday, Texans general manager Nick Caserio said the franchise was in a better position now than when the team signed Culley to a five-year contract early in 2021.

"I think there's a lot of truth and validity to it," Reid said when asked about Caserio's assertion. "When Nick and coach Culley first came here, this was the most-chaotic franchise in the NFL. A lot of credit goes to coach Culley. He came in and settled a lot of it, and took the heat. But obviously, we still have some work to do."

Reid dropped by the station in advance of Saturday's tweet-and-greet event being held at Wakefield CrowBar from 1 p.m. to 5 p.m. The tweet-and-greet is part of Reid's Walter Payton NFL Man of the Year nomination. The Man of the Year award is considered the league's most prestigious honor, as it recognizes an NFL player for outstanding community service activities off the field, as well as excellence on the field. Reid is the Texans' nominee for 2021.

"Knowing all of what that encapsulates and represents - it means a lot," Reid said about the nomination. "Walter Payton himself was a great player on the field, but he also impacted every person he ever came across. He touched their lives in a positive way. He's known, especially, for his generosity and making an impact with kids. That's what I really enjoy doing, and I look up to him in that regard."

When Hurricane Ida hit his home state of Louisiana earlier this year, Reid didn't hesitate to lead the charge in giving back to the community that shaped him into the person he is today. He quickly organized a drive-through relief event at NRG Stadium. Houstonians and Reid's teammates helped him raise more than $10,000 and fill two 18-wheelers with donated items such as non-perishable food, bottled water, toiletries and dog food for the devastated community.

"That all started in my childhood," Reid said of his passion for giving back. "My parents instilled in me in the beginning that we're fortunate. So if we ever have the opportunity to pass a blessing along to anyone else - we should do that. I'm blessed in that I've always had good role models around me in my parents and coaches. I want to pass that same mentorship on to the next generation."