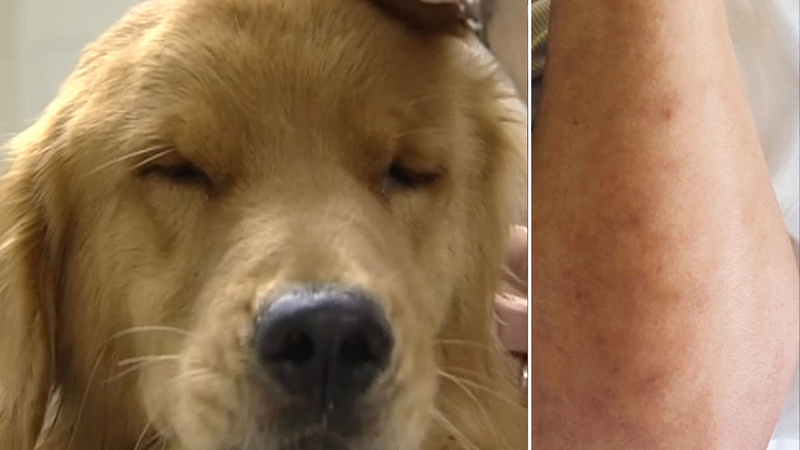 HOUSTON, Texas (KTRK) -- A veterinarian that recently contracted a flea-borne disease is sharing her story to warn pet owners.

Fleas aren't only a nuisance for your pet, they can also carry Typhus. It's a disease that can give pet owners flu-like symptoms, and if left untreated, can cause organ issues.

"I was admitted into the hospital, where I stayed for six days," Jaimez said.

Earlier this summer, she was infected. It caused a rash to spread across her body, and she suffered organ problems.

"I just felt nobody is aware of this," Jaimez said. "Nobody talks about it. It's a risk not only to the general public, but it's a risk to my veterinary colleagues, my technicians."

Numbers show Typhus is something people should be talking about.

In Houston, Harris County and the surroundings areas, there have been large increases as well.

The Houston Health Department said it had 13 flea-borne Typhus cases in 2013. Last year, it was 34.

State numbers show Harris County went from 14 to 48 cases over the past five years. Galveston County jumped from six to 41.

Five years ago, Fort Bend, Montgomery and Brazoria counties had no cases. Last year, each had five.

If you think you're infected, experts say seek medical attention.

As for your pets, vets says flea-borne Typhus can leave your dog with flu-like symptoms as well. Typhus spreads through a flea bite, or you can get sick by simply breathing flea excrement.

"This is not a disease I would wish on anybody," Jaimez said. "We need to be careful with our pets, and keep everyone on flea control, and be aware of this disease."

To protect yourself, health experts said keep your yard clear of debris and trash, which attracts wild animals.

Also, protect your pets with shampoos, medication, and yard sprays.