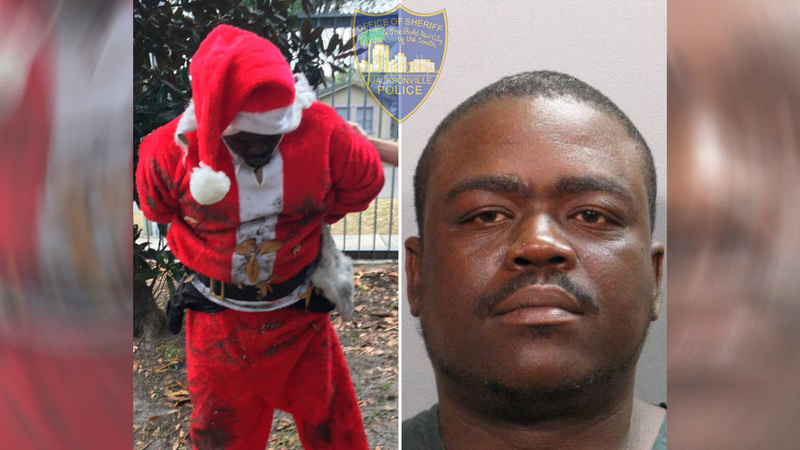 JACKSONVILLE, FL (KTRK) -- With less than a week before Christmas, a 41-year-old man is turning in his sleigh and holiday outfit for a jail uniform.

Isaac Geiger, who was dressed in a Santa Claus outfit, was arrested Monday after authorities caught him red-handed.

According to the Jacksonville Sheriff's Office, deputies were conducting an investigation in the 800 block of Golfair Boulevard after numerous complaints of drug activity.

Geiger was observed going into the driver's side of a U-Haul truck to retrieve items. Deputies said he was "very distinguishable" because of - you guessed it - his red and white Santa outfit, complete with a hat and white beard.

After seeing police, Geiger took off.

He tripped over his pants and fell to the ground. Geiger resisted police some time before more officers arrived to the scene, investigators said.

A search of the U-Haul revealed marijuana, a scale with marijuana residue and a black pouch containing MDMA (Ecstasy). They also found a five-gallon orange bucket with marijuana, a yellow substance known to contain THC, Molly, Ecstasy pills and money, according to JSO.