KTRK
By Kaitlin Stanford for Babble


This story originally appeared on Babble and is reprinted with permission.

Each afternoon, Savannah's school bus rumbles down the road towards her home in Atlanta, Georgia, where - just like clockwork - her lovable rooster Frog rushes out to meet her.

It is, in a word, adorable. So adorable in fact, that Savannah's mom Holley Burns started filming Frog's afternoon routine several months ago, only for the footage to go seriously viral on Facebook. Now, Frog has a social media following that'll make you jealous, with upwards of 85,000 fans across Facebook and Instagram and thousands of views on YouTube.

According to Holley, it all started last August when Frog started following her out into the front yard every afternoon when she left to meet the bus.

"He would watch as I waited on the bus," she tells Babble. "After about two days of this, Frog decided he would meet his sister instead of me. And ever since then it has been a daily routine - of course, unless it's storming [or there's] bad weather, then he is safe indoors; but still he knows exactly what time the bus is coming and will start crowing." 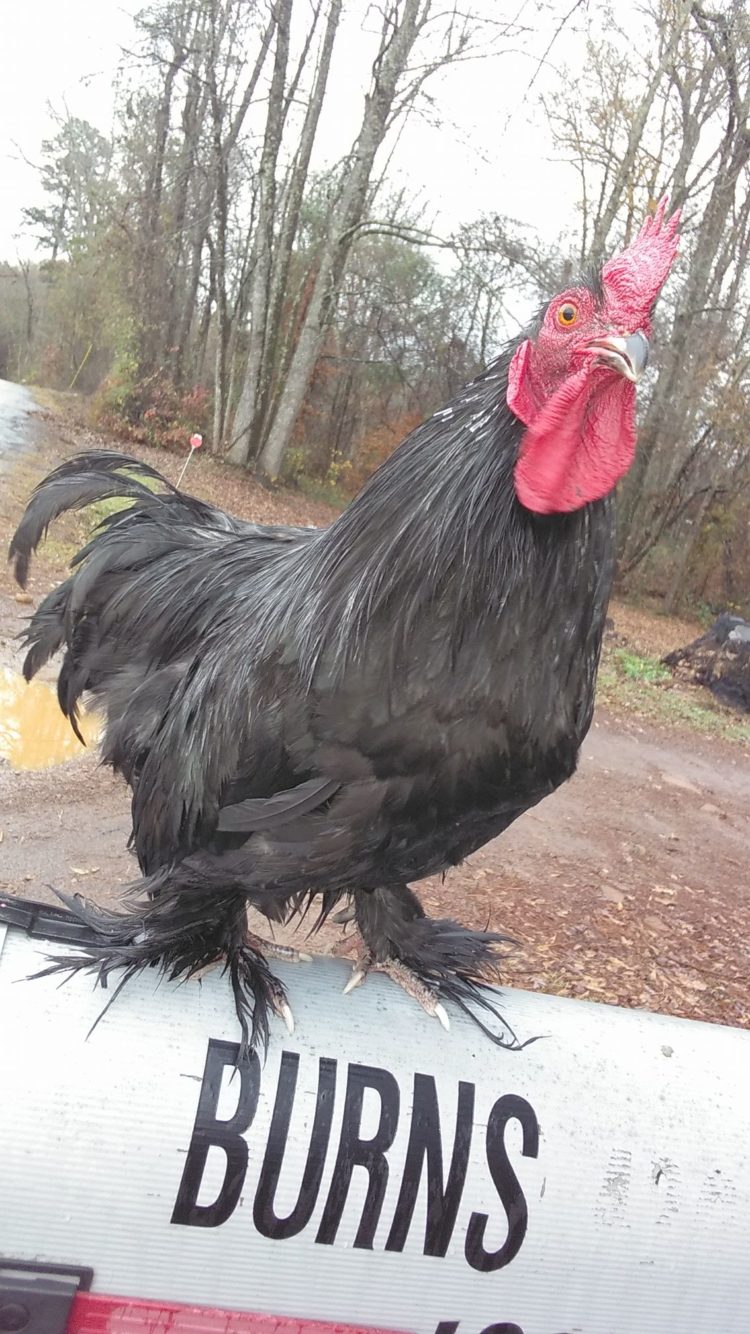 As you might imagine, watching a tiny rooster run down the driveway and straight towards the school bus was a bit surprising - at first.

"At first the bus driver was startled," Holley admits. "He originally thought it was a small dog or a cat, [but] he asked my daughter and she said, 'No, it's my rooster Frog!'"

Ever since, Holley says the driver has paid "very close attention" to making sure both Savannah and Frog are in the clear before he pulls away. 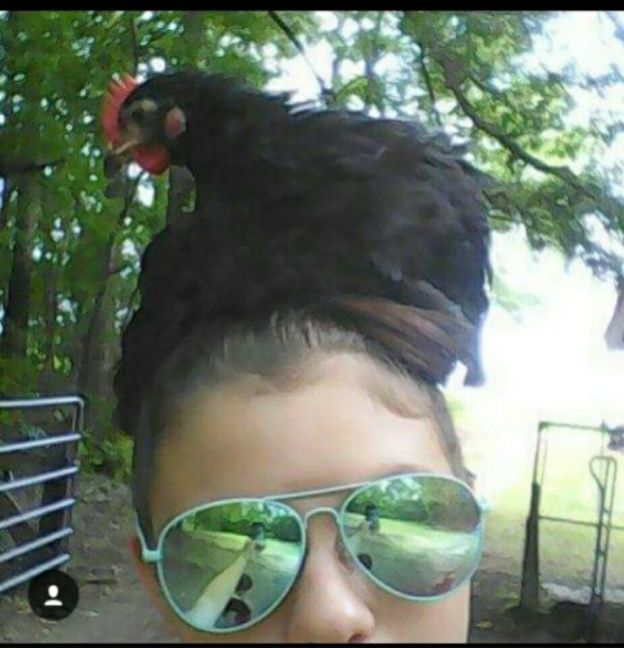 But these afternoon bus meet-ups aren't the only human-like thing about Frog. In fact, Holley says the family started noticing Frog was "different" from an early age when he was the only hatchling out of five to survive the incubator.

Especially Savannah, who he bonded closely with, right from the start. 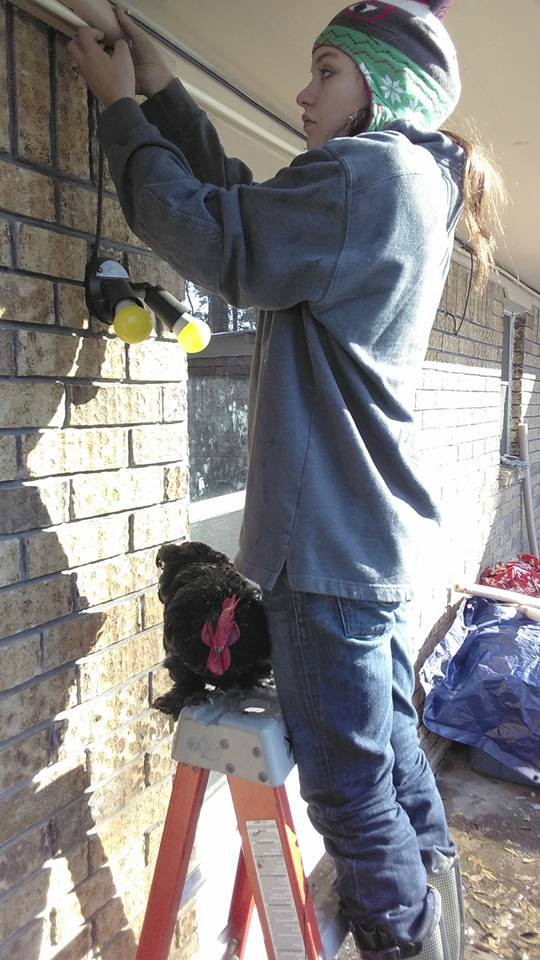 When he isn't lighting up social media with his adorable antics, Frog is typically relaxing around the family farm or lounging inside his very own "hut" in the backyard - which has both heating in the winter and AC in the summer!

And because he frequently wanders in and out of the Burns house, too, Holley says Frog wears "chicken diapers" to ensure there aren't any little surprises left for them inside.

"It's been a learning time for sure," Holley says of Frog's sudden social media fame, "[and] we are just glad he can make others smile as he makes us smile every day!"

How could you not smile every day at this adorable little guy?! 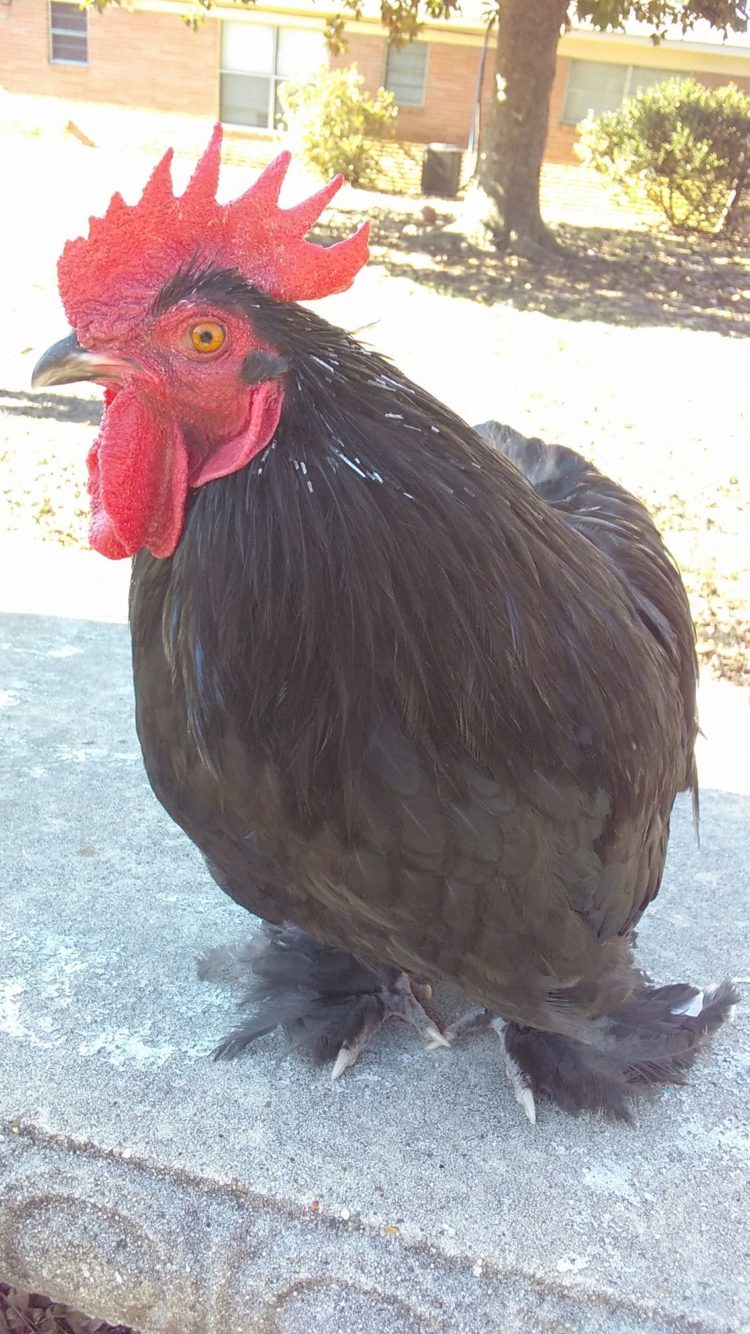 Related topics:
pets & animalswhat's trendingchildrenbuzzworthysocietybabbleanimal newscute animalsfamily
Copyright © 2021 KTRK-TV. All Rights Reserved.
BABBLE
13 must-try Thanksgiving recipe ideas
These DIY Flintstones Halloween costumes are straight out of Bedrock
Mom knocks it out of the park with DIY porcupine Halloween costume
TOP STORIES
Boston-bound jet crashes on takeoff west of Houston with 21 on board
Houston executive 1 of 21 on board jet when it crashed in field
How residents in this Harris County neighborhood became numb to crime
Loved ones remember mom of 3 killed during home invasion
Alvin Community College offers way to tap into oil and gas
Friendswood gas fire put out after more than 5 hours since eruption
Aviation weighs in on what might have gone wrong in plane crash
Show More
Jan. 6 panel votes to hold Steve Bannon in contempt
Big warm up ahead but another cool front in the forecast
Astros vs. Red Sox: Houston ties the series after 9-2 win over Boston
Unsolved: A Life Never Lived
Alvin Community College gives inmates way to earn a second chance
More TOP STORIES News