HOUSTON, Texas -- Kristin Homsi's life changed in an instant, when she learned she was in labor at 29 weeks with twin boys.

The Houston, Texas mom said, "It was a complete shock. They tried to stop the labor, and it lasted about five days before the babies decided they were coming."

Her twin sons were born 10 weeks premature. Hayden weighed just over five pounds, while Holden only weighed 3 pounds. Doctors and nurses at Texas Children's Hospital immediately went to work to help both boys. But Hayden then lost weight, and Kristin and her husband were told he was in a fight for his life. She said, "I kind of went a little crazy with the idea of losing my son at only 11 days old.

After six weeks of care, Hayden and Holden recovered, and were released from the hospital on the same day.

After bonding as a family at home, Kristin wanted to do something to help the men and women who saved her sons' lives. So, she started running and created a team with co-workers to raise money for Texas Children's Hospital. 85 people joined her mission, and ran the Chevron Houston Marathon and Aramco Houston Half Marathon in January 2020 to raise money for the hospital.

Kristen said she will never forget what the doctors and nurses did for her sons. "They received amazing care at Texas Children's. If we had been at any other hospital, my true belief is that Hayden wouldn't be here today. Without them, I can't imagine what life would be like." 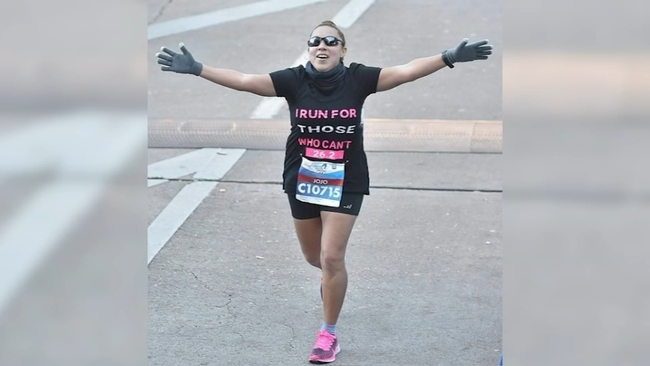