'Zombie raccoons' infected with distemper reported across the U.S. 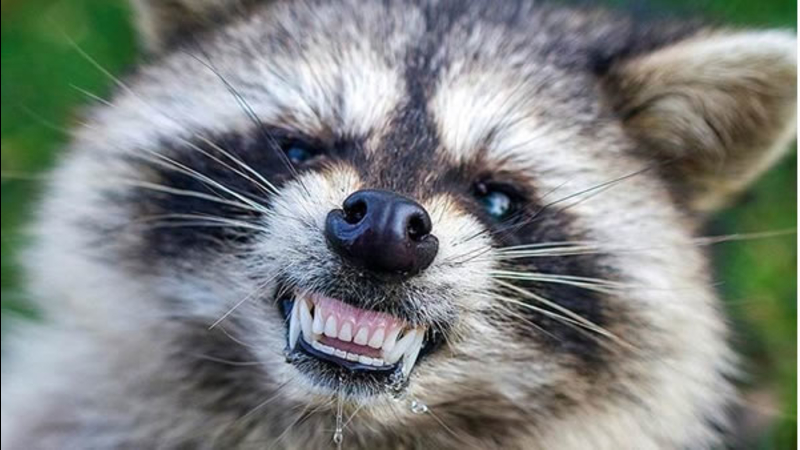 CHICAGO, Illinois -- Authorities in Ohio have been getting some strange calls about so-called "zombie" raccoons.

The raccoons are infected with distemper, a virus that can kill your dog or cat, and causes them to exhibit strange symptoms. Animal control officials said they've been seeing more "zombie raccoons" in Cook County, Illinois.

Imagine seeing a raccoon on its hind legs, saliva dripping from its mouth, its head nodding up and down and teeth bared at you as you let your dog out in the morning.

"Oh my God. I would go back inside," said Nicole Neglia, who was dog sitting for a friend. "I would just make sure that I was in between the dogs and the raccoon and keep the dogs safe and get away as quickly as possible."

"I'd immediately pick him up," agreed Scott Blomberg, talking about his French bulldog. "He would probably go after him realistically. He's kind of fearless."

Distemper causes coughing, tremors and seizures and leads raccoons to lose their fear of humans.

"So they can be acting like they're limping. That they can't use their back legs," said Dr. Donna Alexander, Cook County Animal and Rabies Control. "They can be standing on their back legs and then falling over. Any kind of neurological equilibrium problems are signs of distemper as well."

Since then the numbers have declined slightly, down to 43 percent. But knowing the disease can kill their pets worried pet owners.

"It's pretty terrifying," Blomberg said. "I would definitely want to get my dog vaccinated to avoid contact with that."

That's exactly what pet owners should do.

"The best way to prevent distemper in your companion animals is to vaccinate," Dr. Alexander said. "The vaccinations are the most important thing."

Just take it from a professional dog walker in Chicago.

"I mean I think the best thing we can do is just prevention for the dogs and doing our best to keep them safe," said dog walker Molly Carlson. "Cause there's a lot more we can control with them than just with what's essentially a wild animal."