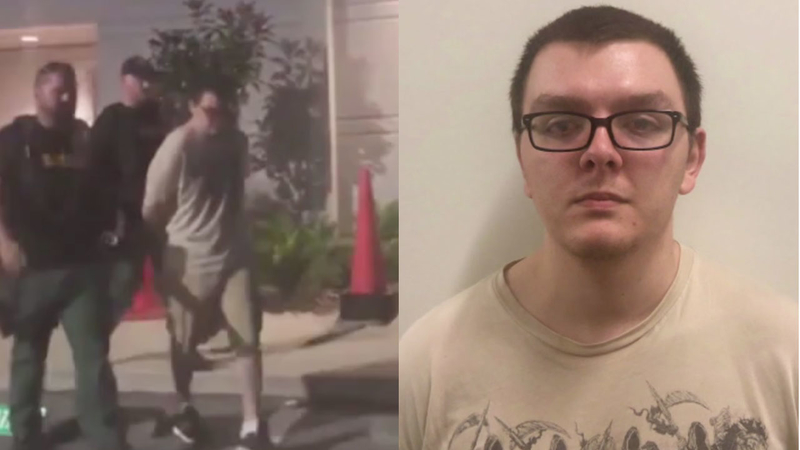 What we know about Florida bank shooting suspect

SEBRING, Florida -- Details are beginning to emerge about the man who allegedly opened fire in a Florida bank on Wednesday and then called police, saying, "I have shot five people."

RELATED: The latest on the Florida bank shooting

Police identified 21-year-old Zephen Xaver as the man who allegedly killed five people inside a SunTrust Bank in the small town of Sebring, Florida. After calling police and confessing, investigators said, Xaver barricaded himself inside. Negotiation attempts failed.

A SWAT team stormed the building, and Xaver surrendered to police. He was charged with five counts of pre-meditated homicide murder.

Police have not yet announced a possible motive.

ABC57 reports that Xaver is a native of Marshall County in northern Indiana. He moved to Sebring with his mother last fall, AP reports.

Police reports obtained by ABC News detail a February 20, 2014, incident in which police in Bremen, Indiana, received a call from Bremen High School in reference to a 16-year-old student who had "thoughts of hurting other students." Police have confirmed to ABC News that the records pertain to Xaver.

According to the report, the student said that he had a dream the night before about harming students in a classroom. He then took a nap in the school office and, upon waking, said he had a similar dream. The student was transported to a psychiatric hospital for further care.

Bremen police provided ABC with additional documentation detailing a 2017 incident in which another person reported receiving messages from Zephen that he was considering taking hostages in a suicide-by-cop attempt. Zephen's mother, Misti Hendricks, said she would talk to Zephen and declined police assistance.

John Larose, who lives next door, told AP Xaver kept to himself, but he could hear him playing and yelling at video games in the middle of the night. Another neighbor, Sharon Spillane, told WFTS of his crime, "Not even a tiny, teeny little bit, would it have remotely crossed my mind at all."

Xaver worked as a trainee with the Florida Department of Corrections from November until Jan. 9. A spokesperson told ABC News that he resigned, but it's unclear why.

The suspect briefly was an online student of Salt Lake City-based Stevens-Henager College. A spokeswoman for the college, Sherrie Martin, confirmed that Xaver was enrolled from September 2018 until December, when he withdrew.

Josh Xaver of Indiana, who described himself as the suspect's father, said he was heartbroken for the victims.

"He wasn't raised to be like this. He's always been a good kid. He's had his troubles," he told CNN. "But he has never hurt anyone ever before. This is a total shock."

Alex Gerlach, who identified herself as Xaver's former girlfriend, told WSBT he "always hated people and wanted everybody to die."

"He got kicked out of school for having a dream that he killed everybody in his class, and he's been threatening this for so long, and he's been having dreams about it and everything," she said. "Every single person I've told has not taken it seriously, and it's very unfortunate that it had to come to this."