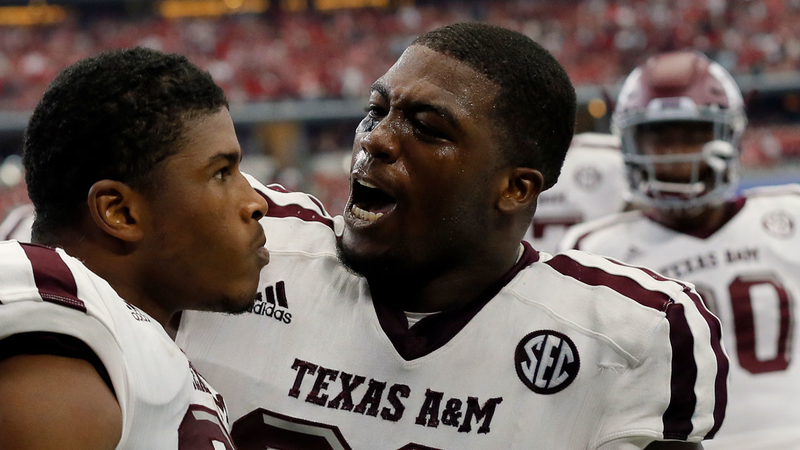 COLLEGE STATION, Texas (KTRK) -- A Texas A&M football player has been arrested in College Station after he allegedly threatened to kill several people at a student apartment complex.

Defensive starter Zaycoven Henderson was taken into custody during a traffic stop after 2:30 a.m.

Police were called to the Campus Village Apartments on Harvey Mitchell Parkway after reports of someone pointing a weapon at several people.

Investigators said Henderson ditched the rifle in a wooded area after making the threats, but it was later recovered by police.

Henderson, 23, is charged with three counts of aggravated assault with a deadly weapon, one count of tampering with evidence, and one count for possessing more than two ounces of marijuana.

Terry Florez, 24, who was driving the vehicle stopped by police, is charged for possession of marijuana.

If convicted, Henderson faces between two and 20 years in prison for each aggravated assault offense; between two and 10 years for tampering with evidence; and up to 180 days in jail for the marijuana offense.