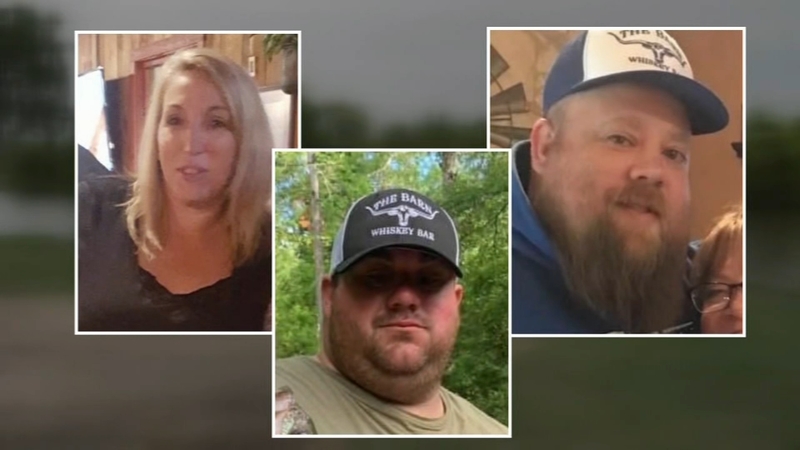 MONT BELVIEU, Texas (KTRK) -- A manager of a popular Chambers County restaurant and two of his beloved customers died when the bass fishing vessel they were on crashed with a ski boat on Sunday.

According to authorities, all three were on the bass boat when it crashed in shallow water with another vessel being operated by Jacob Breaux.

Bowles, Grant and Miles died. Two others on their boat were hospitalized in critical condition.

Bowles' boss and owner of The Barn, Dub Harper, remembered him as a hard worker and good man who was also a dad to a young son.

"A lot of people loved him," Harper told ABC13. "He's going to be truly missed. No doubt."

Bowles, who resided in Baytown, was manager at The Barn for a couple of years.

A GOFundMe has been set up o help with his funeral experiences.

Grant was one of the regular customers of The Barn that was on the fishing vessel when the crash took place.

Harper considered her and Miles as part of the business' family.

"Laura was a sweetheart," Harper said. "Both very good people."

A Mont Belvieu resident, Grant was 48.

Miles was 29 when he died on board the bass fishing vessel.

"Zach Miles is a good friend of ours. Part of our Barn family," said Harper. "Zach would do anything for anybody."

The sheriff's department said Miles was flown to Memorial Hermann Hospital, where he died. Grant and Bowles died at the scene.

Breaux, 23, was known to Harper and The Barn.

Unidentified victim
The Department of Parks and Wildlife confirmed Monday, July 1, that a fourth person has died as a result of the boat collision. ABC13 is working to identify that woman.

ABC13's Tom Abrahams reports from Chambers County where three people died in a boating crash | A suspect is behind bars.