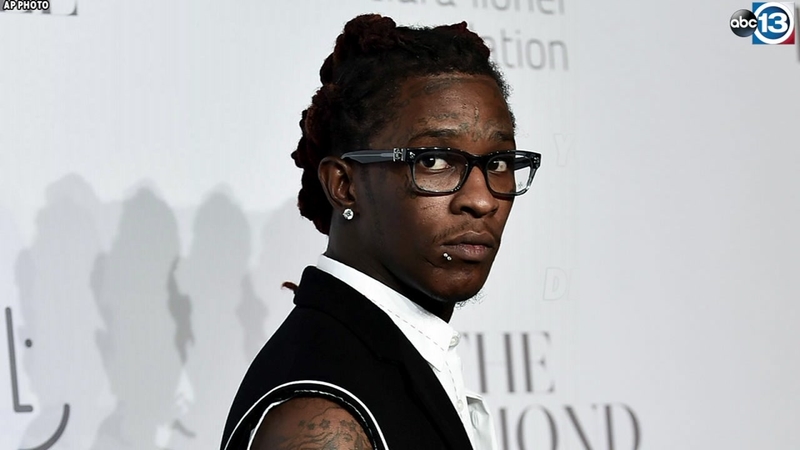 ATLANTA, Georgia (KTRK) -- Rapper Young Thug has been indicted on eight felony charges in which he is accused of being in possession of methamphetamine, hydrocodone and other narcotics.

The Atlanta Journal-Constitution reported that charges against the recording artist, whose real name is Jeffery Lamar Williams, stems from his arrest during a traffic stop in the Atlanta suburb of Brookhaven last year.

The rapper faces the charges along with two other co-defendants, the newspaper reported.

Prosecutors claim Williams was also in possession of marijuana and a generic form of Xanax and codeine with the intent to distribute.

He also faces charges of possession of a firearm during the commission of a crime.

The Journal Constitution reports Young Thug's arrests in the past have included another traffic stop in 2016, in which he was allegedly found with drugs and nearly $50,000 in cash. The 27-year-old was also arrested in 2016 on a failure to appear in court warrant. That appearance stemmed from accusations that he threatened to shoot a mall security guard the year before.