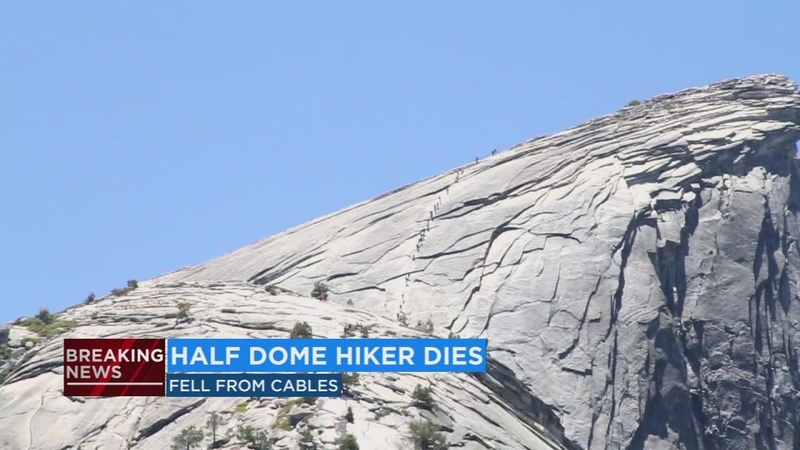 Hiker dies after falling off Half Dome cables in Yosemite

Officials say the hiker was with another person climbing the Half Dome cables when he fell late Monday afternoon.

After rangers were notified, they arrived on scene and provided assistance to the second hiker.

The identity of the man who died has not been released. While officials did say there was thunderstorm activity in the area, the cause of the incident is under investigation.