Woman accused of illegal injections out of W. Houston office 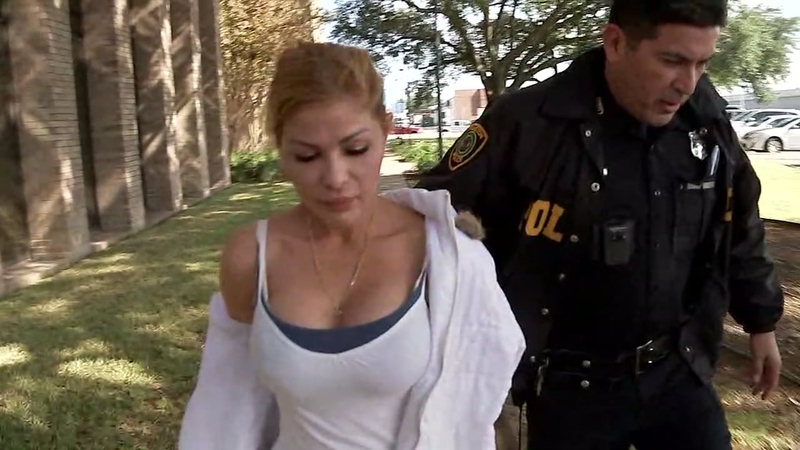 HOUSTON, Texas (KTRK) -- As part of a crackdown on medspas in the Houston area, police arrested a Pearland mom accused of running an illegal one on the westside.

Yocaty Mencia, 41, was arrested Tuesday afternoon at her office at 9900 Westpark. Officers with HPD's Major Offenders division say she's been performing non-surgical cosmetic procedures, including injections without any kind of license or doctor supervision.

According to court records, Mencia, also known as "Cat Mencia," injected what a male client thought was Botox under his eyes. He had an adverse reaction and told officers he had to go to the emergency room three times for swelling. Court records say Mencia later admitted she injected him with hyaluronic acid, which is used to treat joint pain.

After the client filed a complaint with HPD, undercover officers went for a consultation with Mencia for an anti-aging Platelet-rich Plasma (PRP) procedure. It's also known as a "vampire facial," because a patient's blood is drawn, platelets and plasma separate, resulting in PRP, which is then applied to the patient's face. In Texas, only a licensed medical physician can perform that procedure. Mencia is not a doctor.

At Mencia's listed address, a friend told Eyewitness News, "There are clients who are 70-80 years old who have been going to her for five years."

Mencia did not say anything to ABC13 as she was led away in handcuffs. Last week, Dr. Paula Springer-Bryant was charged with allowing a nurse at a Spring medspa to essentially use her medical license to perform injections. The nurse, Michelle Bogle, was also charged. Her attorney calls the charge "ridiculous."

Mencia is charged with unlawfully practicing medicine without a license, a felony.