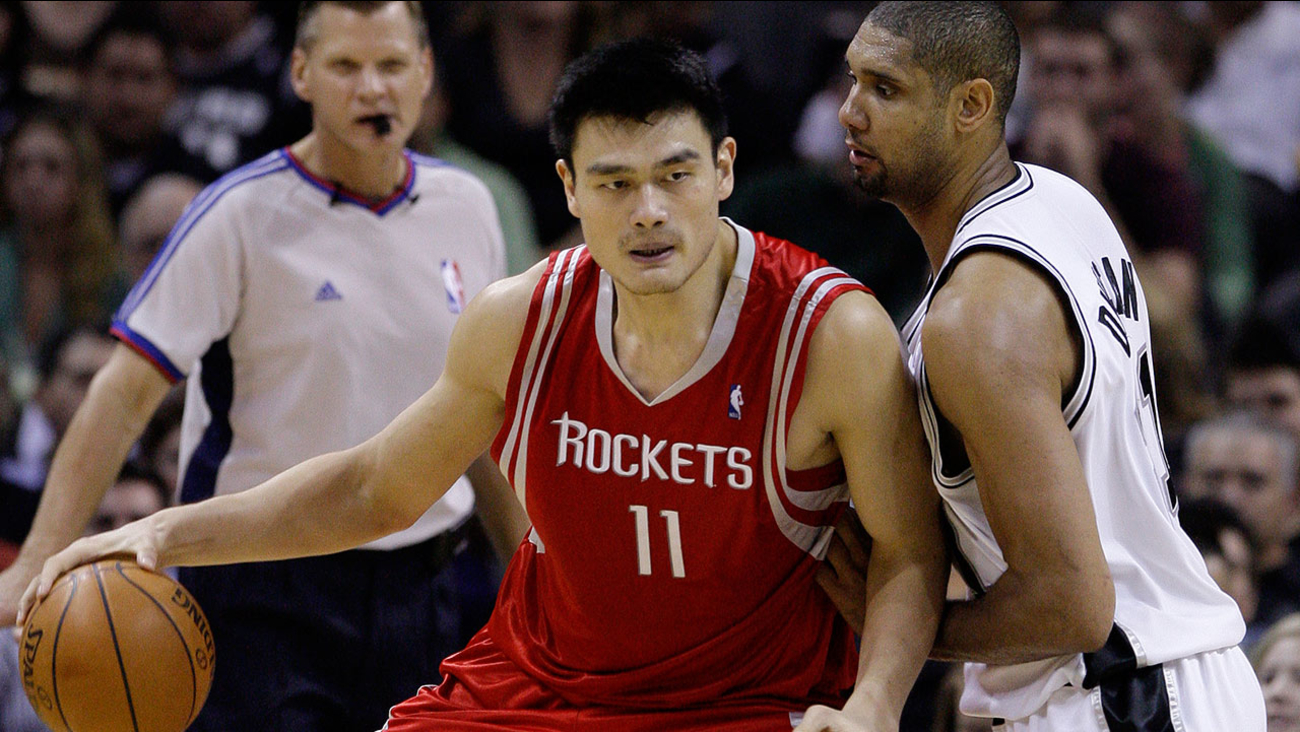 Added Yao: "I hope my career here is something that meets the expectation of basketball fans."
Related topics:
sportshoustonhouston rocketsnbasports
Copyright © 2022 ESPN Internet Ventures. All rights reserved.
SPORTS
Barry Bonds rejected from Hall of Fame; Big Papi elected
Man uses 2nd chance at life to open gym for young athletes
Former Houston Oiler takes over Prairie View A&M football
We've got our eyes on Texans' next head coach candidates
TOP STORIES
Daylight shows home destroyed after standoff with shooting suspect
What we know about man accused of shooting 3 HPD officers
Widow delivers heart-wrenching eulogy for NYPD detective
Suspect arrested after 30-minute chase ends on I-45 in Texas City
Rainy Monday and arctic cold front on the way after sunny weekend
5 people charged in connection with Pct. 5 corporal's murder
How many times can I reuse my N95 mask?
Show More
Decades after TV anchor disappears, convicted rapist denies connection
Driver dies after slamming into 18-wheeler's trailer on US-59
Woman shot in the shoulder during robbery set up in SW Houston
Prepare for a major closure at I-69 and 610 West Loop this weekend
Officers escort body of corporal killed in ambush to funeral home
More TOP STORIES News