Rebooted XFL will include Houston as one of eight teams 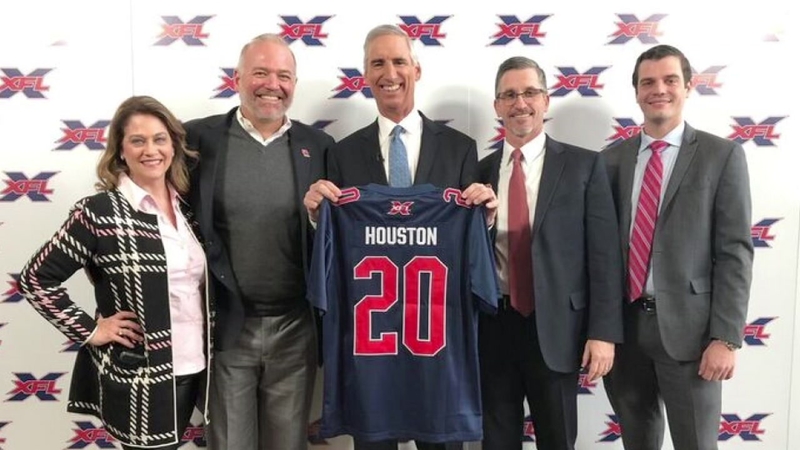 HOUSTON, Texas (KTRK) -- The XFL pro football league will give Houston gridiron action in the springtime.

The league and the Houston Sports Authority jointly announced the Bayou City as one of eight teams in the reborn XFL, which is set to start play in February 2020.

TDECU Stadium on the University of Houston campus will host games. The venue holds a 40,000-seat capacity, which the Houston Sports Authority boasted as the "perfect size" for the reboot.

An eight-game inaugural season is expected to be scheduled, the sports authority said.

With the XFL, Houston re-enters the non-NFL football league market. In the past, the city has hosted teams from the Arena Football League and USFL, among others.

The previous XFL played one season in 2001 with a similar eight-team structure. Buoyed by a network TV contract to carry games, the league folded after season-long declines in ratings.

What ONE emoji best describes your excitement for the XFL coming to Houston? #XFL2020 pic.twitter.com/MjMiI6tCTD

Report a correction or typo
Related topics:
sportshoustonuniversity of houstonfootballxfl
Copyright © 2022 KTRK-TV. All Rights Reserved.
XFL
'The Rock' announces XFL return date
Dwayne 'The Rock' Johnson part of group buying XFL for $15M
XFL lays off all employees and has no plans for 2021 season
Roughnecks quarterback headed to the NFL
TOP STORIES
Daylight shows home destroyed after standoff with shooting suspect
What we know about man accused of shooting 3 HPD officers
Widow delivers heart-wrenching eulogy for NYPD detective
Suspect arrested after 30-minute chase ends on I-45 in Texas City
Rainy Monday and arctic cold front on the way after sunny weekend
5 people charged in connection with Pct. 5 corporal's murder
How many times can I reuse my N95 mask?
Show More
Decades after TV anchor disappears, convicted rapist denies connection
Driver dies after slamming into 18-wheeler's trailer on US-59
Woman shot in the shoulder during robbery set up in SW Houston
Prepare for a major closure at I-69 and 610 West Loop this weekend
Officers escort body of corporal killed in ambush to funeral home
More TOP STORIES News