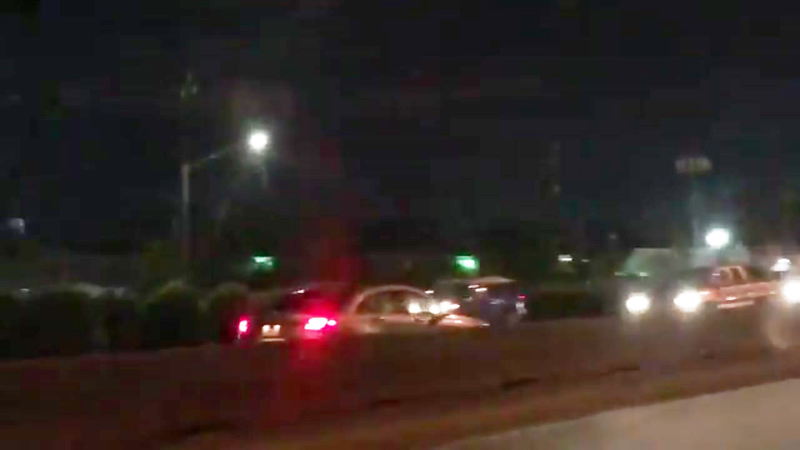 HOUSTON, Texas (KTRK) -- It was a scary sight for drivers this morning when they saw someone driving the wrong way on I-45.

ABC13's Courtney Fischer and photojournalist Linh Nguyen captured the wrong-way driver going southbound on I-45 in the northbound lanes with their flashers on.

They were on their way to another story when they saw the driver going the wrong way for more than five minutes.

Courtney said the driver had a few close calls but didn't hit anyone.

WRONG WAY DRIVER: you can hear my photographer in the background on the phone w 911. Towards the end of this clip, driver u-turns to get in a right-way lane. Very scary. No one hurt, thankfully. #abc13 https://t.co/N6OrBGqdEu pic.twitter.com/d6qK05JjuH

"The driver stayed on the shoulder of the road closest to the HOV lane, then crossed over and made a U-turn around the Parker exit," Courtney said.