Wrong-way driver crashes into police cruiser during chase in Galveston 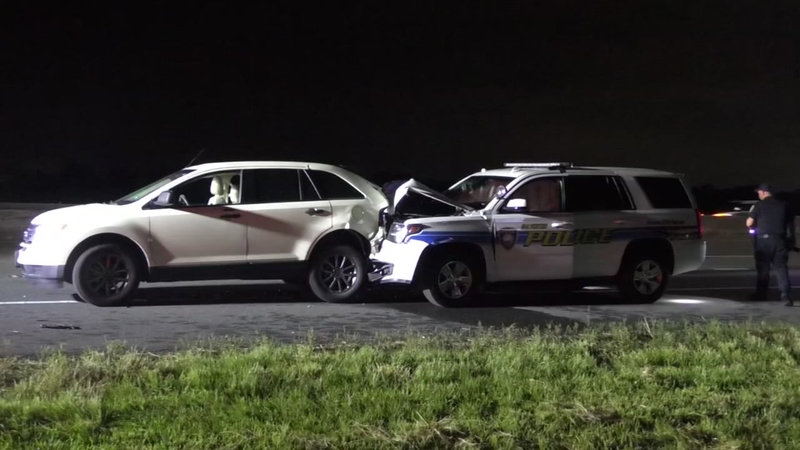 GALVESTON, Texas (KTRK) -- A chase in Galveston ended with a suspect going the wrong way on I-45, then crashing into a police cruiser and injuring the officer.

Video shows the suspect's SUV smashed against the officer's car.

It all started when a woman called Galveston police late Monday night saying the suspect threatened her and had a gun.

The woman told police that she saw him leave the house with a gun just before officers arrived.

He then led officers on a chase on I-45 northbound reaching FM 519 and exited the freeway.

Police chased him into La Marque, where he eventually stopped and reversed at a high speed, hitting the patrol car.

The suspect was arrested for assault causing bodily injury, family violence and aggravated assault on a peace officer.