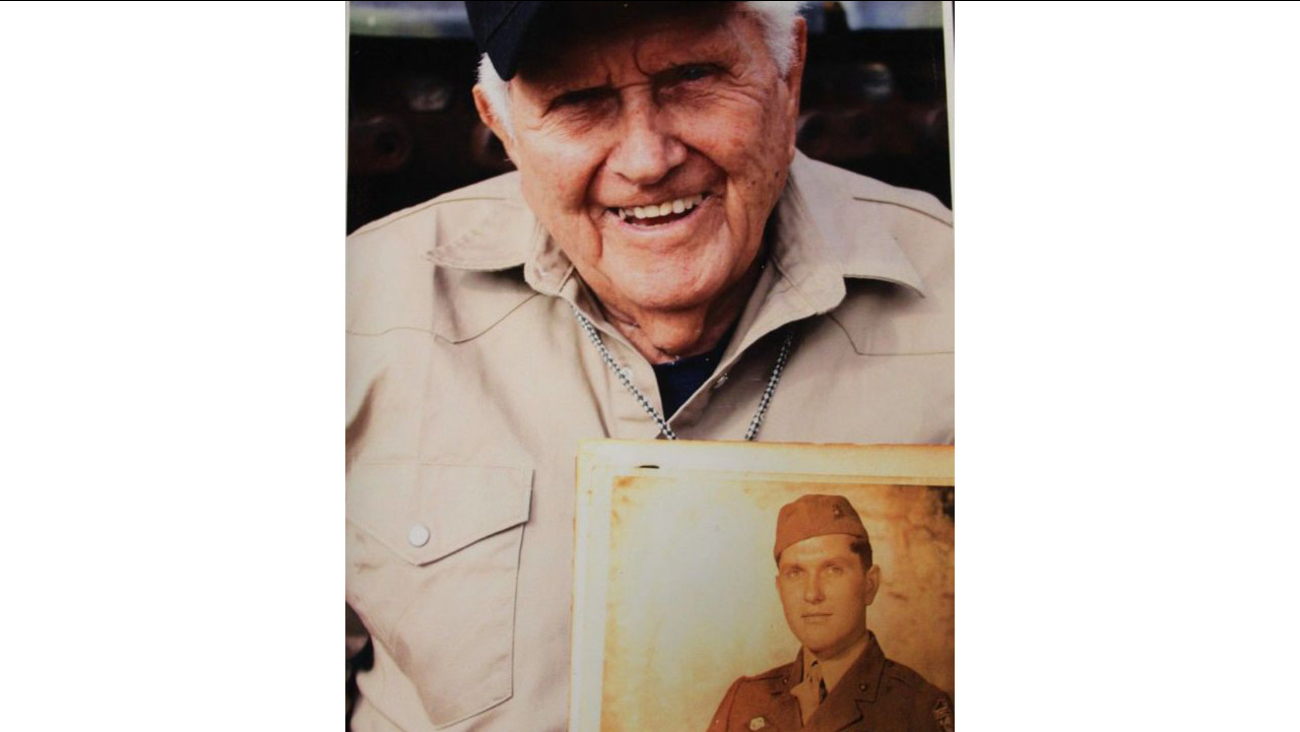 Troy D. Nolen holds a photo of his younger self during service in World War II. Nolen was assigned to the 1st Marine Division. (HCN)

Hunger, insect-borne illnesses, and hellish heat and humidity - these are the threats Allied forces faced in the Pacific Theater of World War II.

Troy D. Nolen, a U.S. Marine assigned to the 1st Marine Division, can add many more threats to the list, including nighttime bomb raids, banzai attacks and entrusting lives to military generals who did not always listen to their intelligence reports and advice.

Nolen joined the Marines when he was 18 because there were no available jobs due to the Great Depression.

"There was nothing going on," he said.