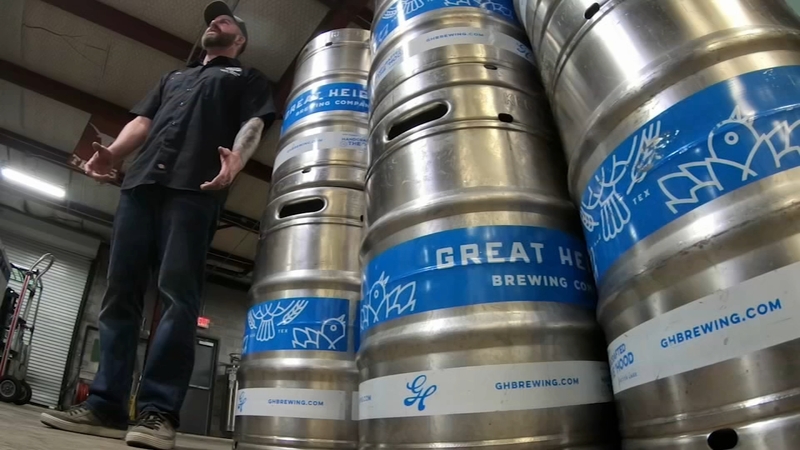 HOUSTON, Texas (KTRK) -- After the Astros clinched a spot in the World Series, Great Heights Brewing asked if any D.C.-based brewers would take a bet.

What co-founder Sean Bednarz didn't realize is it wouldn't be for beer. This time, it's not for an award, but pride.

If the Astros lose, employees must dress as sharks, wear Nationals shirts, and dance to "We are the Champions" at the Downtown Aquarium, a bet Bednarz never saw coming.

"We thought it would be a fun thing to reach out into cyberspace and see if any of the D.C. breweries wanted to have a friendly bet," Bednarz recalled.

Hellbender Brewing suggested the bet. If the Nationals lose, they also have to dress in costumes, wear Astros shirts, and dance at the National Air and Space Museum.

"No matter what happens, we're going to send each other a case of beer," Bednarz said. "We're going to taste each other's beer for the first time, and I'm sure we made some lifelong friends in this process."

Bednarz only hopes the 'Stros come back so it's not him going viral downtown.

"Nobody wants to see me dance," Bednarz joked. "I'm a particularly bad dancer. Yes, if we lose, I'd be certainly dreading that."

An unlikely scenario the brewer never saw coming when the doors opened two years ago.