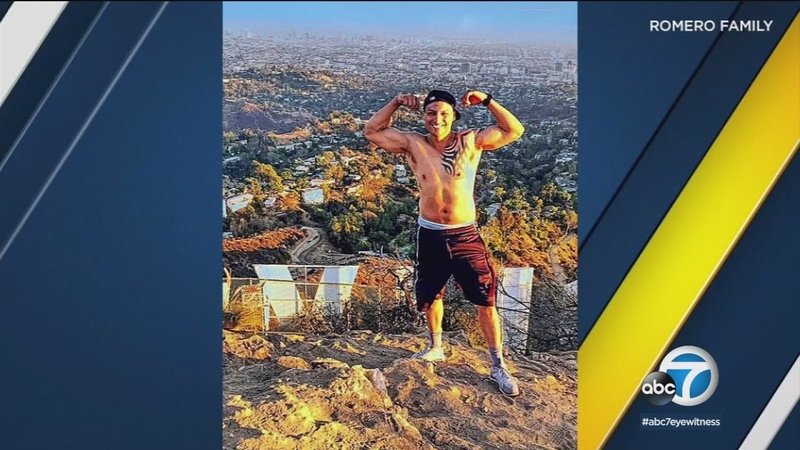 Family mourns loss of man killed while working on 605 Fwy

PICO RIVERA, California -- A construction worker killed while trying to pick up traffic cones on a freeway earlier this week was just 33 years old and recently married.

Jessie Romero knew the dangers of his job, his family said. His oldest brother Maro said Jessie was the youngest of seven.

"Jessie was loved by about a million people, I don't know. He touched lives everywhere, starting on freeways, starting on...you know, you never knew where he was going to touch lives," Maro said.

Jessie worked for a Caltrans subcontractor. He was simply doing his job when he was hit by a big rig shortly before 5 a.m. Tuesday along the shoulder of the southbound 605 Freeway.

"The driver of the truck tractor said he moved to the right to avoid a vehicle coming into his lane, and he believed he had enough room to make it by the other vehicle on the shoulder but he didn't," said California Highway Patrol Capt. David Moeller.

The tragic and deadly accident has left the Romero family devastated. Maro said Jessie married the love of his life less than a year ago.

In dashcam video provided by the Romero family, you see Jessie pulling over to help out a driver in distress. Maro said the act was "typical Jessie."