Woman finds out plant she's watered for 2 years is fake 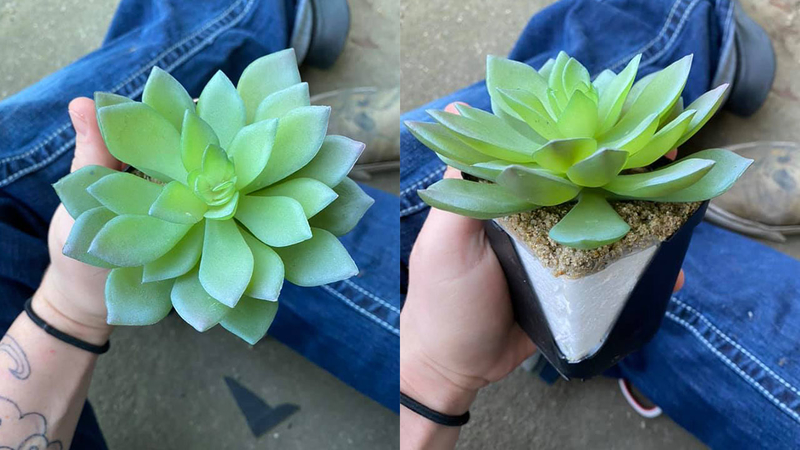 A woman who spent two years watering a succulent she said she was so proud of, recently learned it was fake.

Caelie Wilkes shared the funny story on Facebook which has since gone viral. Wilkes said she found out the plant was fake while she was trying to move it into a new vase.

"I decided it was time to transplant. I found the cutest vase," Wilkes wrote. "I go to pull it from the original plastic container to learn this plant was FAKE."

Wilkes described the plant as full, with beautiful coloring and was "just an overall perfect plant." In reality, the succulent was plastic and sat on styrofoam with sand glued at the top.

"I feel like these last two years have been a lie," Wilkes wrote.

Ever since she published her story on Facebook, it has been shared thousands of times, and it even caught the attention of Home Depot. The hardware store chain was quick to send her a real succulent.

"They (Home Depot) found the closest Home Depot and had them on my doorstep the same day," she told Eyewitness News.

The plant was originally a gift from the father of Wilkes' children, who also thought it was real. When asked about how he reacted upon learning it was fake, she said, "he thinks it's hilarious."