HOUSTON, Texas (KTRK) -- A woman trapped inside a clothing donation box in northwest Houston had to be rescued by firefighters early Tuesday morning.

Upon arrival, firefighters found a woman trapped inside a clothing donation box, unable to pull herself out.

The woman told firefighters she went into the box to get clothing for her child. 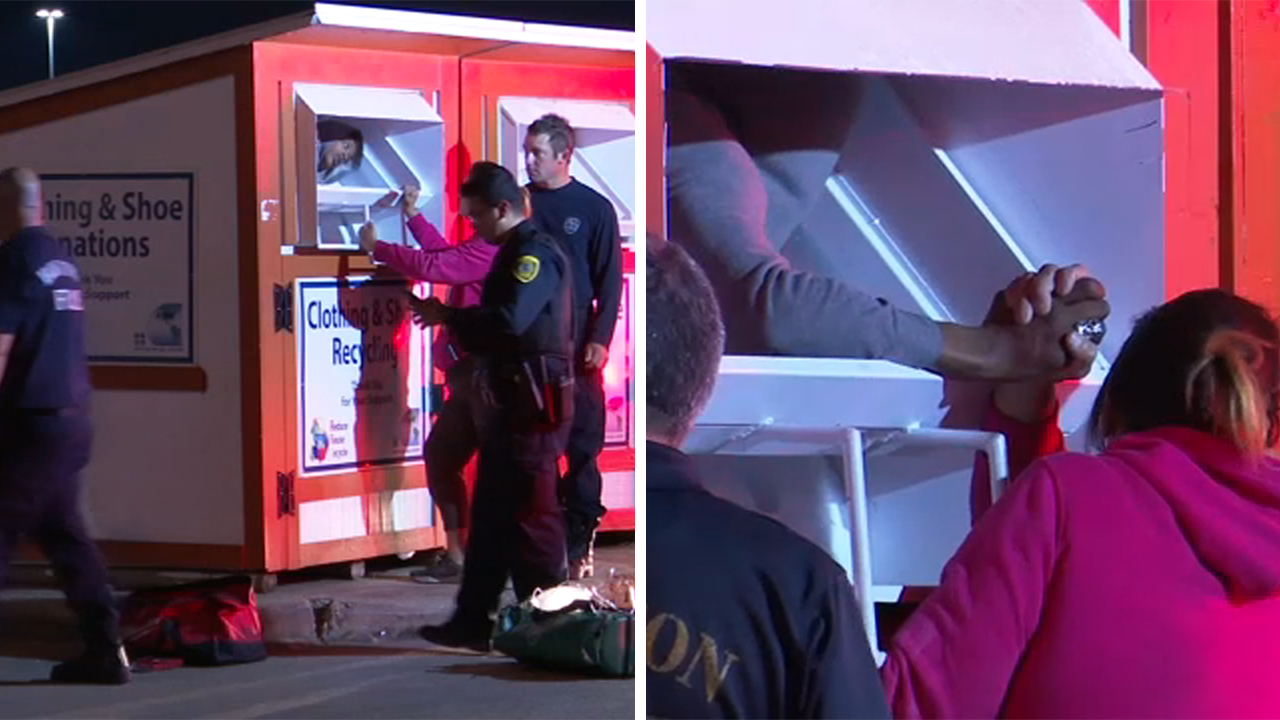 Houston police also responded to the scene to assist firefighters with the rescue.

It took firefighters about 20 to 30 minutes to get the woman out, officials said.

Police gave the woman information about resources she could use to get assistance for herself and her child.