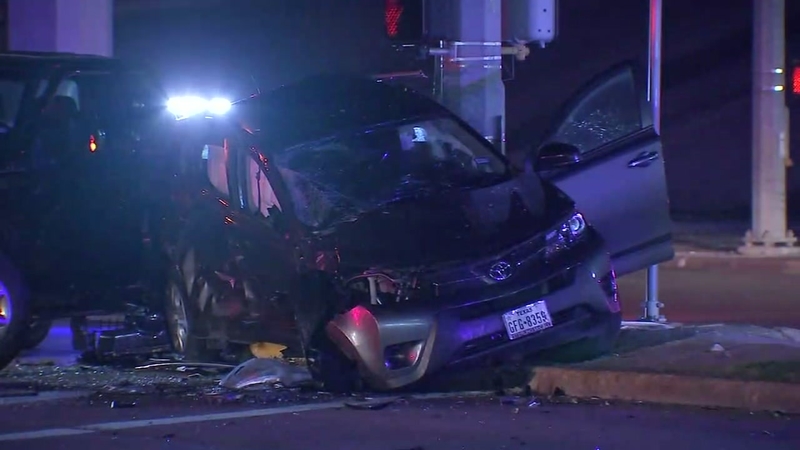 Woman to be charged after crash

HOUSTON, Texas (KTRK) -- A man shot a woman he'd just met after she stole his truck and crashed along the Beltway in southwest Houston, police say.

Authorities tell Eyewitness News the man and woman, identified as 33-year-old Christina McCardell, were at a hotel.

While he was inside checking in at the Pearl Inn, McCardell slid over to the driver's seat and sped off in his vehicle.


Police say the man had a gun and when he saw her stealing the truck, he ran out of the lobby and fired at least four shots at her as she drove away.

Authorities say a man shot a woman he had just met after she stole his truck while he was checking in at a hotel.

A bullet hit McCardell in the leg, causing her to lose control and crash into a 63-year-old driver in a Toyota at the intersection of the South Sam Houston Parkway and Bellfort.

The driver, who was on her way to work, was pinned against a light pole.

She and McCardell were taken to the hospital. Both of them are expected to be okay.

Police say McCardell will be charged with auto theft.

A man was inside paying at a hotel when the woman he was with stole his truck, police say.