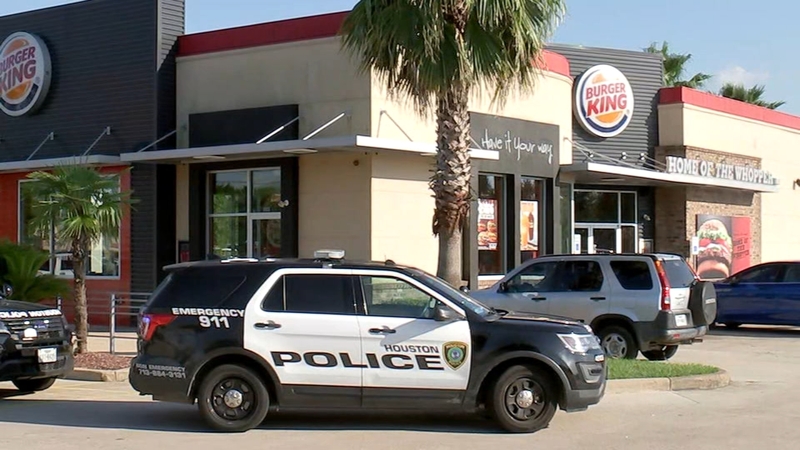 HOUSTON, Texas (KTRK) -- An employee was shot while trying to protect her manager from a suspected robber at a Burger King restaurant in northwest Houston, police say.

JUST IN: female employee at Burger King shot in the shoulder during attempted robbery at W. Mount Houston/Veterans Memorial location. Suspect on the run. @abc13houston pic.twitter.com/6WLvGkXpMH

It happened around 3:25 p.m. Wednesday at the restaurant on W. Mount Houston near Ella Boulevard.
Police say a man was waiting in line inside the restaurant when he pulled out a gun.

That's when police say the suspect hopped over the counter in an attempt to rob the restaurant, when the manager tried to intervene. The female employee stepped in to try to help the manager when the gun went off.

"It appears that she went maybe around and tried to assist the manager as he was struggling with the suspect and the weapon was discharged one time striking her in the shoulder," said Det. Evans with the Houston Robbery Division.

Police believe the suspect is linked to two other robberies, including one at a McDonalds restaurant in northwest Houston and another at a Dollar General store on West Gulf Bank.

The woman was sent to the hospital and is expected to be okay.

Investigators say they are looking for a suspect, who was described as a 6 ft. tall black male, seen wearing a red shirt and khaki or gray pants.