Woman sexually assaulted after being tackled in Fresno, sketch released by FBCSO 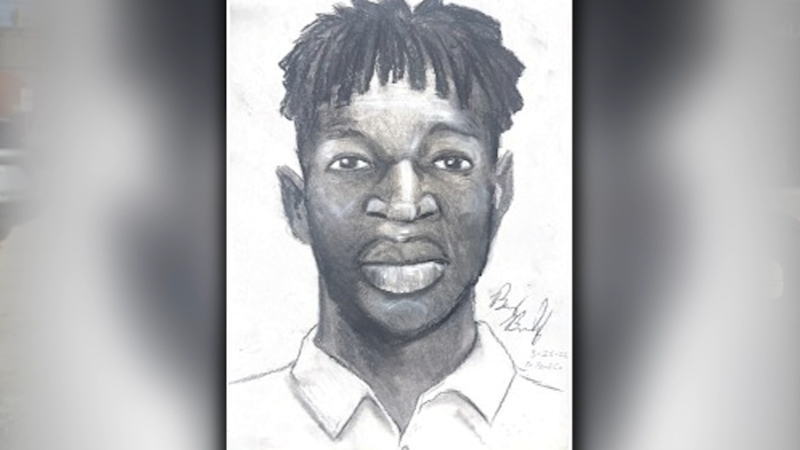 FRESNO, Texas (KTRK) -- Authorities are searching for a suspect accused of tackling and sexually assaulting a woman while walking along a neighborhood trail in Fresno, Texas.

According to the Fort Bend County Sheriff's Office, on March 22, a woman reported to authorities that she was walking along a trail near a retention pond in the Estates Trail Run subdivision.

The woman told deputies she walked past a man sitting on a bench, and then he jumped her and sexually assaulted her.


"Someone knows who this individual is," Fagan said, "And look, it might not have been you, but it could be your sister, your mother, someone that you care about could be victimized next."

According to a release from the FBCSO, the suspect is described as a Black man with a dark complexion, short, dark hair that is above ear length in a dread-like style, between the ages of 18-19 years old, weighing approximately 185 pounds, and 5 feet 6 inches in height. The suspect was wearing a red polo-style shirt, dark-colored pants, and black shoes.

The Acting Chief of the nearby Arcola Police Department offered to assist in the search and investigation, according to Fagan.

Fagan said there will be more patrols in the area and is alerting the community to stay vigilant, travel in groups when possible, and report any suspicious activity.

Information that leads to the apprehension and filing charges on the suspect(s) involved could earn you up to $5,000 in cash rewards. All calls to Crime Stoppers remain anonymous.