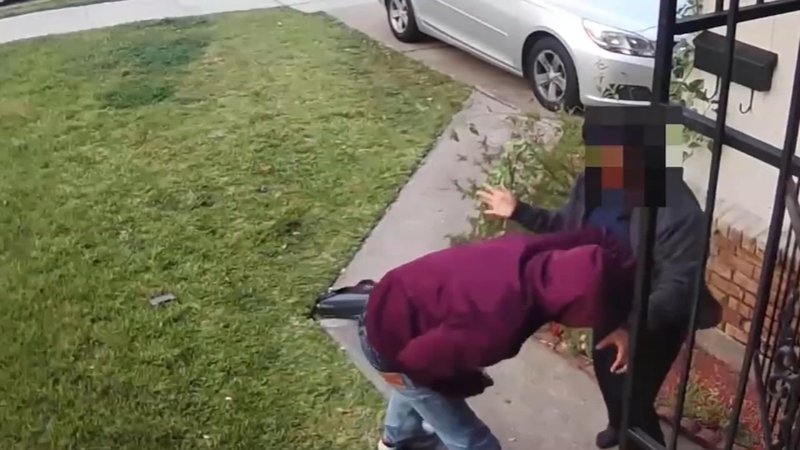 HOUSTON, Texas (KTRK) -- Tonya Robertson Rogers was returning from work to her home in southwest Houston when the unthinkable happened.

On March 26 at about 7:30 a.m., Rogers was walking toward the front door of her home when a black four-door sedan suddenly sped up to her property in the 4300 block of Boynton.

An armed man exited from the passenger seat and ran up to Rogers to demand her money.

Rogers threw everything she was holding towards the man. Then, he searched Roger's pockets before picking up her purse, running back to the vehicle, and getting away.

Her brother installed security cameras at her home the day before the robbery, but she didn't think she'd need them in her Pamela Heights subdivision.

"It's a good neighborhood," she said. "I've never had a problem."

On March 25, a home down the street on Boynton had multiple shots fired into the front windows.

The homeowner declined to speak on-camera, but said he's noticed more crime in the neighborhood.

According to data provided by Houston police, the half-mile radius around Boynton has also seen instances of aggravated assault, theft of a motor vehicle, and robbery in 2022.

Rogers said she was caught off-guard when she was robbed, but has since purchased a gun and won't be surprised again.

Police describe the robbery suspect as a Black male, about 5 feet and 8 inches tall, who was wearing a maroon hoodie, blue jeans and white shoes, and possibly driving a Hyundai Elantra.