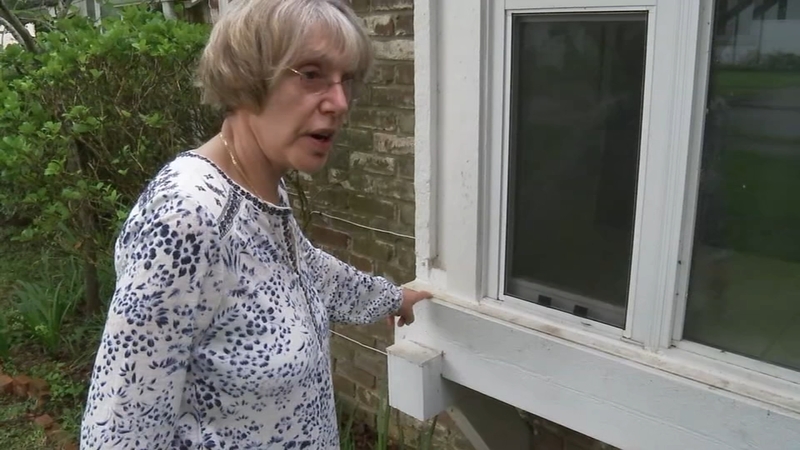 HOUSTON, Texas (KTRK) -- Anna Doneson has lived in Houston for decades, but she said the past six years have changed her.

"I live petrified every day when I hear 'Flash Flood,'" Doneson said standing outside her Meyerland home.

Her home first took on water during the Memorial Day flood of 2015 when torrential rain flooded swaths of Houston.

Just two years later, she woke up to water filling her house during Hurricane Harvey.

"I called my husband to say goodbye," she said. "I did not think I was going to make it. I could not get out, and the water kept on rising."

She was eventually rescued by a man floating by on a kayak, but said the horrific experience has stayed with her.

As these life-threatening floods become more powerful and more frequent, both Harris County and the city of Houston put together plans for flood mitigation projects.

They applied for billions of federal dollars given to the Texas General Land Office, who is in charge of handing out the money.

Harris County and Houston together suffered 50% of the total damage from Hurricane Harvey, but were both denied any money during the first round of applications.

"The assault by the state on local units of government needs to stop," said Houston Mayor Sylvester Turner. "You're not hurting local elected officials who happen to be of a different party. You're hurting the people themselves."

It's unclear how the city and county will move forward with these projects without the money.

Both Turner and Harris County Judge Lina Hidalgo are challenging the GLO decision and have requested meetings at the federal level.

As we sit just days away from the start of hurricane season, Doneson keeps her eye on the forecast.

"So now, every time that it rains, I start panicking because I think that's going to happen again," she said.