2 young Houstonians killed by same man, who died by suicide while on the run, police say 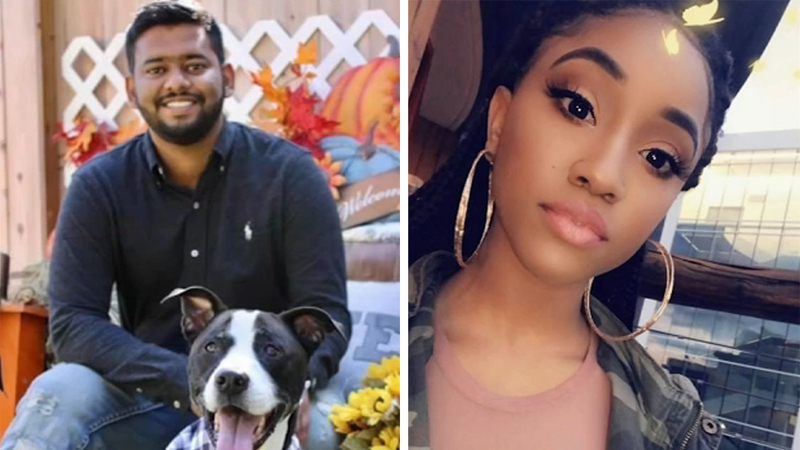 2 Houstonians killed by man who died by suicide in Alabama, police say

HARRIS COUNTY, Texas (KTRK) -- Two Houston families are grieving as their loved ones were apparently killed by the same man, days apart. That man has since killed himself.

On Wednesday, April 13, Phalyssia Sanders was on a date with Gonzalez, when she texted her little sister. Nobody has heard from her since.

On Friday, April 15, BMW car salesman Jami Pieternelle was found shot dead next to his truck at an apartment complex in north Harris County on Ella Boulevard.

When Jami Pieternelle's mother, Miriam Pieternelle, got a call from detectives, she didn't believe them.

Miriam Pieternelle would soon learn that her only son, a proud car sales associate at BMW of Houston North and dog parent to Koda, was dead.

Gonzalez was a contract worker at the same dealership. Miriam Pieternelle said Gonzalez had been asking coworkers, including her son, for money. On Friday, he had texted Jami Pieternelle for a ride to work.

"He was not a friend," said Miriam Pieternelle. "(Gonzalez) texted (Jami Pieternelle) to ask him to give him a ride, so he went and picked up (Gonzalez) to go to work. And that's the last time I heard from my son."

Detectives with the Harris County Sheriff's Office put out a notice to law enforcement officials to look for Gonzalez's car. The car was spotted in Trussville, Alabama on Saturday, April 16. As police started to chase his car, Gonzalez shot and killed himself. Police in Alabama said the entire incident lasted less than a minute.

Then, on Sunday, April 17, Sanders' body was found along Cypress Creek by fishermen. The young woman's brother said the family had filed a missing persons report on Friday. The family only knows that she was last seen with Gonzalez at a bar near the Washington Corridor, but does not know how the two may have met.

"(Jami Pieternelle) was the most loyal person I had ever come in contact with," said Bradford, the two having met in fourth grade. "There was nothing that meant more to him than his loved ones. The most clear definition of selflessness I saw as a person."

Loved ones said Jami Pieternelle enjoyed working at BMW. It was his passion, and he was very passionate about what he did.

Gonzalez worked for a contractor who detailed cars at the dealership. Although he was technically not an employee, Jami Pieternelle's family said he still treated him like a coworker.

"He was just a guy that (Jami Pieternelle) wanted to help I guess, and then he took advantage of him," said, Miriam Pieternelle.

Miriam Pieternelle is now taking care of Koda, which has helped bring her some comfort in this time of grief.

Both families said they would like more information on the motive behind the killings, but with Gonzalez dead, they worry they will never get it.

Update to scene on Mossforest: the victim in this case was identified as Phalyssia Sanders (28). Sanders was listed as a missing person by Houston Police since 4/9/22. Sanders’ cause of death was found to be from gunshot wounds and the case is being ruled as a Homicide. 1/5 https://t.co/OtH5Mu47Y3