Woman left to die in crash as bloodied driver ran 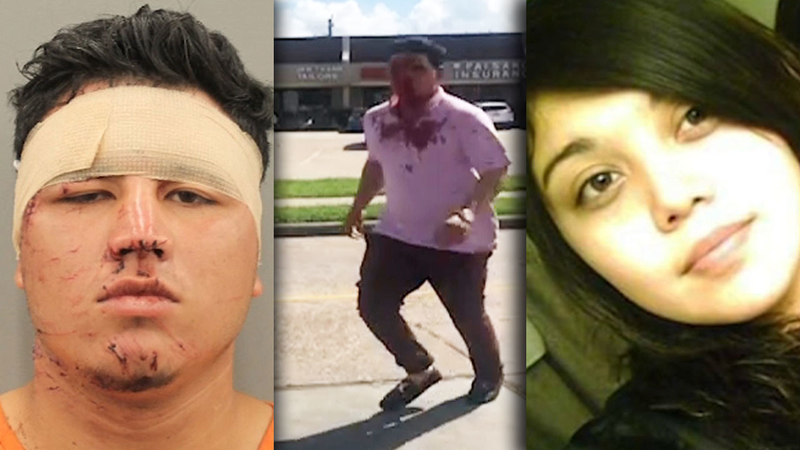 Bloodied driver leaves woman behind to die after crash

HOUSTON, Texas (KTRK) -- Prosecutors said a woman followed a man and took video of him running after he allegedly side-swiped her car, crashed into a pole and then took off.

It all happened on Clarewood in southwest Houston just before 3 p.m. on Sept. 29.

Gustavo Perez Alvarez, 19, was allegedly drunk when he hit the Lexus, lost control and then crashed into a pole. He wasn't the only one in the car.

Martha Ramos, 26, was his passenger. She was killed.

Amaya said her daughter was a twin and her loss has devastated their family.

Police said after the crash, Perez never stopped to help Martha, and instead, he ran.

"It gets me mad. At least, he would try to help her, but all he did was just run away," said Amaya.

After the crash, the woman that was side-swiped followed Perez and got video of him running.

Court records stated Perez admitted to having five or six beers and his blood alcohol concentration was nearly three times the legal limit. That's also not to mention that he was not even old enough to be drinking in the first place.

"We believe we know where he was, and if we can identify individuals that served him, individuals that allowed him to consume alcohol in these establishments and get to that level of intoxication, then rest assured, other people are going to be held accountable," said Sean Teare, the chief prosecutor of vehicular crimes in the Harris County District Attorney's Office.

As for the video depicting Perez, Teare said it was helpful in establishing who the suspect was after he ran from the scene.

It's something Ramos' mother is grateful for too, as she seeks justice for her daughter.

"It's not fair that she died," said Amaya.

The Harris County District Attorney Vehicular Crime's Division is cracking down on unlicensed after-hours bars. If you have any information on a location you can call them at 713-274-1500.