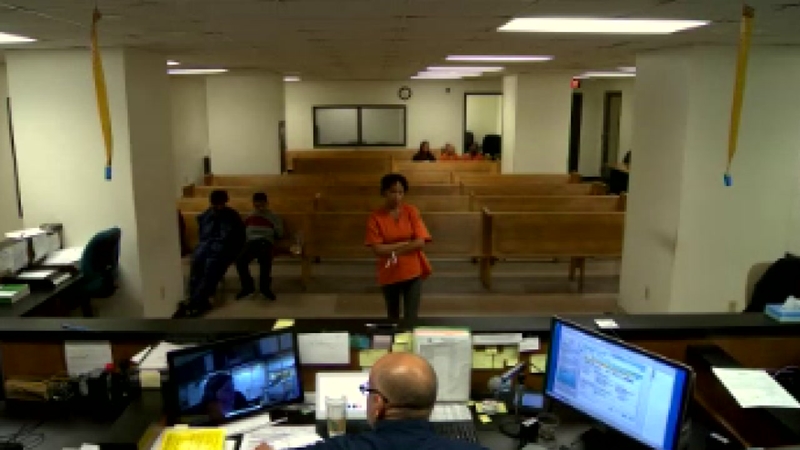 HOUSTON, Texas (KTRK) -- A Houston woman has been arrested and charged after authorities say she left her 3-year-old child inside of a hot car to go on a job interview.

Kimberly Kyles, 29, is charged with abandoning a child.

According to court documents, Kyles left her toddler inside of a hot vehicle while she went inside the Kohl's in the 20600 block of North Freeway for a job interview.

On Thursday, Aug. 23 police say Kyles purposely shut off her 2013 white, four-door Volkswagen, and left the vehicle unsecured with her 3-year-old daughter inside.

A Harris County Sheriff's Office deputy was flagged down by a concerned witness who reported hearing someone beating on the windows of a vehicle, and was afraid someone was being assaulted.

The deputy found the child alone in the back seat of the Volkswagen, sweating heavily.

The child was taken inside the Kohl's and given some water.

The child's mother was found inside Kohl's back office, where job interviews were in progress, court documents state.

When investigators asked Kyles about the child being left in the vehicle, she reportedly said she left her inside with a friend.

Kyles also told authorities that she did not leave her vehicle running because she "did not want to burn up all her gas."