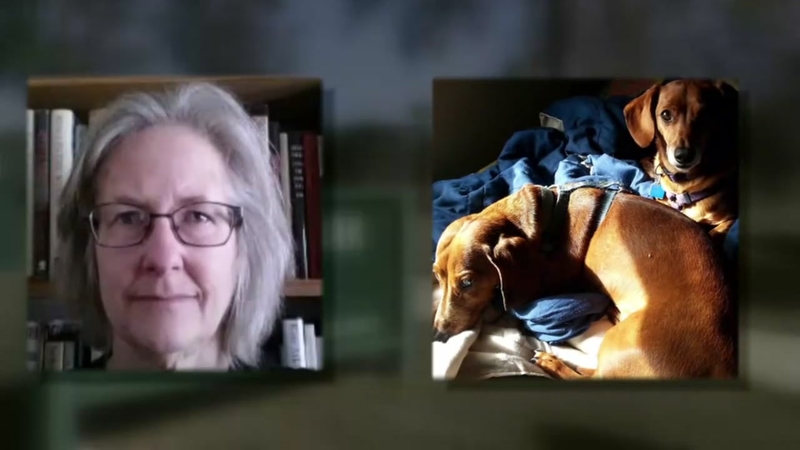 A driver behind the wheel of a Toyota Tundra told police he didn't see Koch in the crosswalk at Mandell Street and Richmond Avenue. He slammed into her and the animals.

She died and one of the dogs was also killed.

Koch lived in Houston's Montrose for almost three decades. Close friends remember her as a proofreader with a keen attention to grammar, a dry sense of humor, and a welcoming spirit.

Chris Hill and Phil Schmitt worked with Koch on a professional level. She helped edit reading material for them. They both sat down with Eyewitness News and said news of Koch's death surprised them. She died just a block or so away from her home.

"We were mortified. It was like a lightning bolt. I can't describe," said Hill. "She just would make everything better. The clients appreciated it. We appreciated it. How can you make sense of this? I can't. It just makes all of us pause and go we have to appreciate every moment because you never know."

Schmitt said Koch will be dearly missed. He said her death should serve as a wake-up call for all drivers in the city.

"A warm, caring person who affected people's live in a positive manner. She improved my life, I can tell you that," said Schmitt. "People need to slow down a little bit in these smaller neighborhoods where this is more density."

Polly's neighbors now want change at the intersection. They've taken to social media and voiced concern. They also called the city's 311 system to file a case, and write to Houston's city council and mayor.

Among the many who want immediate action is Sue Howard and Tara McConathy. Howard said she feared the woman killed Tuesday was someone she's run into.

"We've been very worried that it was Polly because we haven't seen her. She's been around for a long time. A familiar, friendly presence. She's already missed. Polly was a fixture in the neighborhood," said Howard. "People need to slow down on Richmond. Slow down on Mandell. They need to slow down everywhere in Montrose."

McConathy said there can be simple and inexpensive changes made right now. She said lane markings, a turn arrow, and a longer crosswalk signal should be immediate fixes.

"I would say listen to your community, neighborhood groups. Often they are petitioning for these things before tragedy happens," said McConathy. "If they can listen to those groups and be proactive, we don't have to wait for something like this to happen."