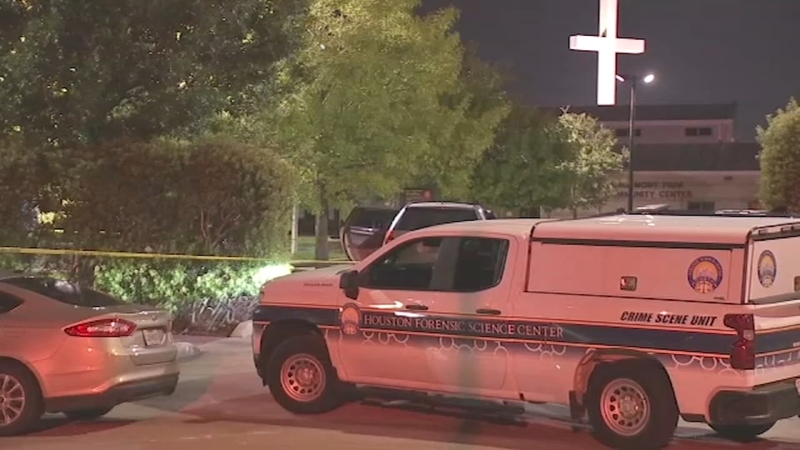 Woman's body found in back seat of car at community center

HOUSTON, Texas (KTRK) -- Houston police are left with more questions than answers after a woman's body was found in the back seat of a car at a local community center.

The woman's body was discovered by a security guard at Sagemont Park Community Center in southeast Houston around 9:45 p.m. Wednesday.

Investigators suspect foul play, but her cause of death is unknown at this time.

"I don't want to get into the details of the scene. It does not appear she died a natural death," Lt. W.L. Meeler noted. "If she did, the circumstances are very odd."

Police believe the woman may have died somewhere else before being brought to the community center.

They believe the vehicle may have been dumped sometime between 6 p.m. and 9 p.m.

Investigators noted that the circumstances are strange, given the silver Chrysler Sebring the woman's body was found in was "barely in the parking lot," not in a parking space.

"We're asking anyone who was in the area between 6 and 9:45 p.m. to contact police," Meeler said. "If they saw anything suspicious, saw this vehicle pull in or saw this vehicle followed by another vehicle."

Police have yet to identify the woman.

"I know he needs me, and he can't function by himself because of his memory." Press play to hear what his sister had to say after he went missing.