Woman found dead on side of the road in NE Houston, police say 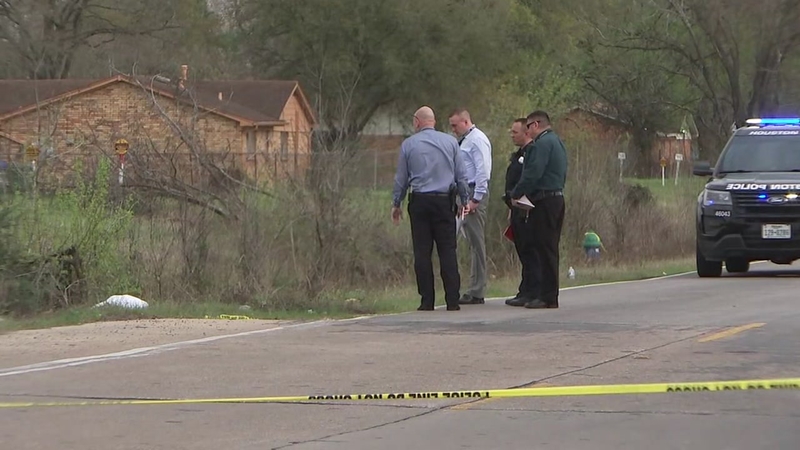 Woman found dead on side of road in NE Houston

HOUSTON, Texas (KTRK) -- A woman was found dead on the side of the road in northeast Houston Wednesday morning, officials say.

Her body was discovered after 5 a.m. along 7201 Kirkpatrick Blvd. at Ley Rd.

Truck driver Dwight Estis was parked in his 18-wheeler across the street from where her body was found.

He told ABC13 that he fell asleep waiting for a shipping company to open.

When he woke up a half hour later, he says police were asking him about the body discovered in the ditch across from his semi.

He also says the body wasn't there when he pulled over.

"Because you would know it, you know, something like that laying that close to the road, you would be able to see it, like you see trash and stuff around here. So there definitely wasn't no body there going as slow as I did to pull over here and park," Estis said.

There is not a lot of information about the woman at this time.

Police describe her as young and fully clothed, but there was no identification on the body.

They do not know how she died or who left her body along the road.

"From early indications, it looks like she was dropped here or dumped here, but we won't know more until the ME gets here and we start looking at her to see what other evidence we may find," HPD Detective Ken Fregia said.

Our homicide investigators are en route to the scene of a female found deceased near a rail yard at 7201 Kirkpatrick Blvd @ Ley Rd. No other info known at this time. #hounews

The road is also not well-traveled, and there are few street lights.

Officials plan to look for any surveillance video in the area that might have caught what happened.

Jeff Ehling is on the scene in northeast Houston where a woman's body was discovered.