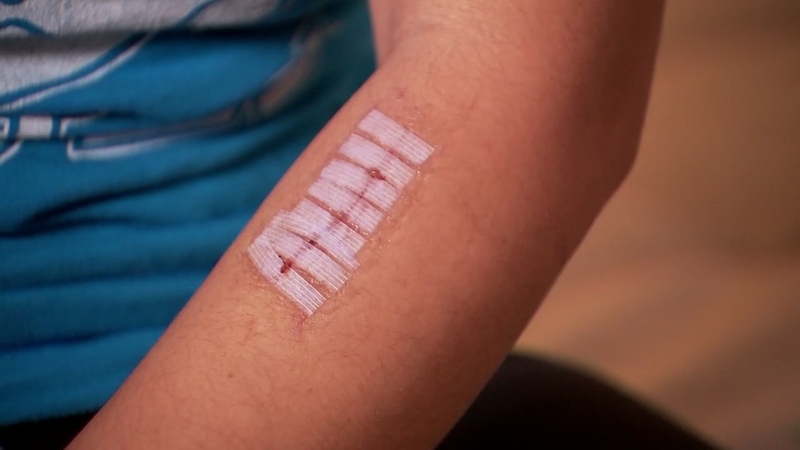 SPRING, Texas (KTRK) -- A woman says she's afraid to leave her home after she was attacked while jogging in Spring.

The woman, who only wanted to be identified as Maria, told Eyewitness News that the gash on her arm is a reminder of her scary attack.

A Montgomery County woman tells us the harrowing account of her escape from would-be kidnappers. Her story on @abc13houston at 4 and 6. #abc13eyewitness pic.twitter.com/88sWGVrXGs

The mother of two young children says a car pulled up next to her while she was jogging, and a man jumped out of the passenger seat and grabbed her.

"I didn't know him," Maria said in Spanish. "I was telling him to let me go, and then he pulled out something like a knife."

Maria says the man gashed her arm and then let her go after she started bleeding. She later went to the hospital for treatment.

"I'm nervous that they're going to come back," Maria said. "A lot of things are going through my mind. I feel like he's watching me and he's going to break the window. I don't want to be by myself."

When the car pulled away, she said she called out for help and then flagged down a driver passing by. Maria says the man saw that she was bleeding and drove away without helping.

"I tried to stop multiple cars," she said. "But nobody wanted to help."

The Montgomery County Sheriff's office says they are investigating the incident.

Maria described the suspect as a 35-to 40-year-old man with dark skin, wearing a gray or black shirt. She did not see the person driving the vehicle.