Woman dies in crash after driving away from fight with husband in W. Harris Co., deputies say 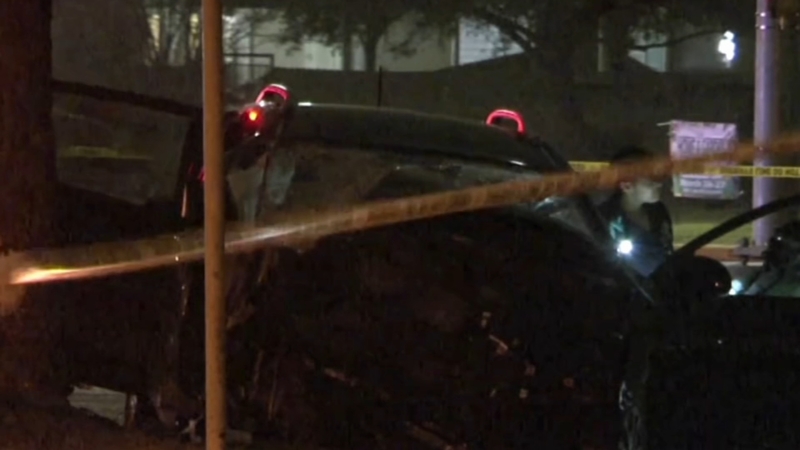 HARRIS COUNTY, Texas (KTRK) -- A woman was killed in a crash overnight, moments after fighting with her husband and driving away, according to Harris County sheriff's deputies.

Deputies responded to a one-vehicle crash in the 700 block of Westgreen near Kingsland in west Harris County around 11:40 p.m. Thursday.

Tatyana Ruiz was driving southbound on Westgreen when she hit a curb and then a tree, according to deputies.

Investigators said Ruiz was not wearing a seatbelt and was pronounced dead at the scene.

Deputies learned that Ruiz was seen fighting with a man in the moments before the crash. He got out of the car, and that's when she reportedly began driving.

"Prior to the crash, that same female and vehicle were involved in a domestic dispute with the husband. The husband was driving that same vehicle with the female as the passenger," Sgt. B. Beaty said. "At some point during the altercation, the husband exited the vehicle, and the female entered the driver's seat."