Man accused of stabbing HISD bus driver is in custody and being questioned, police say 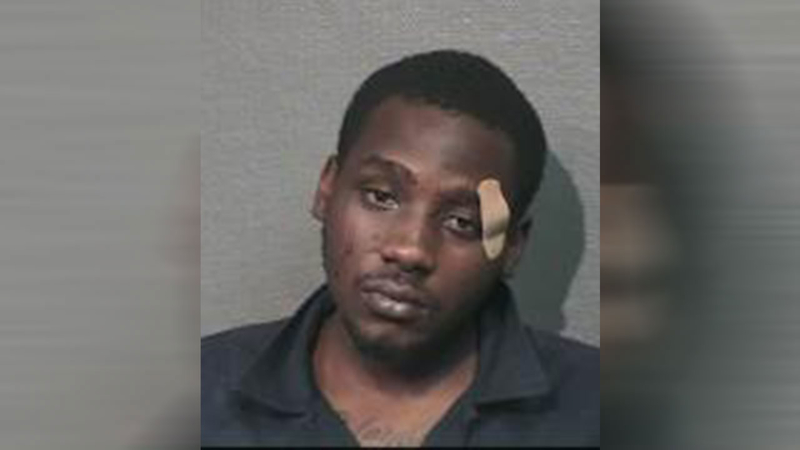 HOUSTON, Texas (KTRK) -- Police are questioning 25-year-old Everett Wright after they they say he stabbed his wife to death during a fight and then carjacked another person in southeast Houston.

“It’s a hard day for our district.” HISD Interim superintendent confirms one of their drivers was murdered this morning: Kaouta Domingue, 30. She worked for the district for 7 years. #abc13 pic.twitter.com/pOEkyLOoJP

Earlier, police told Eyewitness News that Wright was also a bus driver for the district. However, HISD officials confirmed he was not their bus driver and he never worked for them.

Police say Wright and Domingue were arguing in a vehicle as Domingue was on her way to work before crashing and landing in a ditch in the 6600 block of Fairway.

We're told Domingue was driving and crashed as a result of a stabbing..

HPD UPDATE: woman was killed by her husband. It appears he stabbed her to death while in this car. Car then crashed in a ditch. She was an HISD bus driver. He is too. #abc13 https://t.co/O0FIcgZCer pic.twitter.com/oEz3saWdfZ

After the crash, the man got out of the vehicle, and allegedly carjacked someone, leaving the scene in a red Jeep.

Officials located the Jeep in the area around 10 a.m., however there was no sign of the suspect.

Domingue, who went by Katie, had been with the district for seven years.

She was a driver for Lockhart Elementary. Her parents were also former bus drivers for the district.

Domingue was known for her smile.

Crashon Traylor had been friends with her since middle school. He said Domingue was like a sister to him.

"That smile is something that is going to light the world, even in her absence," said Crashon.

"I think that brought her much more joy than we ever could imagine. I just think finding something that is fulfilling is probably the best thing you could even do," said Crashon.

Authorities are searching for a suspected killer who may be in a stolen vehicle.