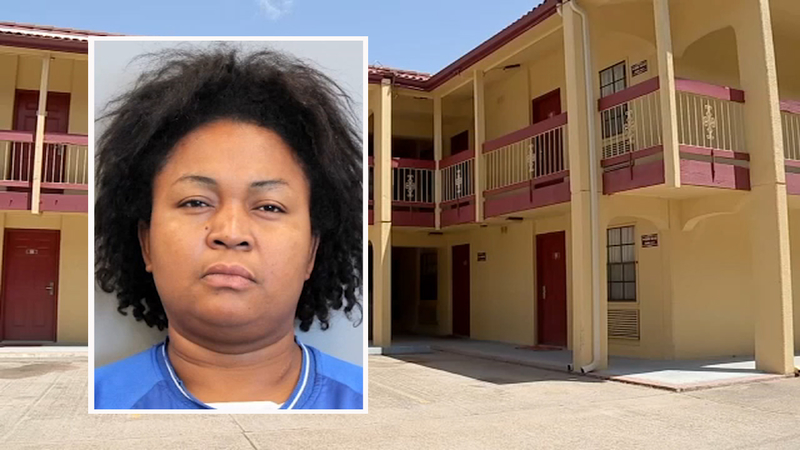 HOUSTON, Texas (KTRK) -- A mother is behind bars and her four children are in CPS custody after a motel employee found them alone.

Dominga Suazo, 35, is charged with abandoning a child and DUI.

Charging documents said an employee of America's Inn in the 8200 block of the Southwest Freeway found two children, ages 4 and 5 years old, crying alone in the parking lot when she arrived at work early Sunday morning.

The employee went to room 215, where Suazo was staying, and found two more children, ages 4 and 9 years old.

The room is described in court documents as being covered in trash, more than 30 empty Corona bottles and cigarette butts.

About 40 minutes after the children were found, Suazo is said to have arrived at the motel. Police said she smelled like alcohol.

A prosecutor said in court Sunday night that there were 17 closed Corona bottles in Suazo's car and one open bottle when she arrived at the motel.

She is due back in court Tuesday morning.

Court documents say Sauzo is a foreign national and is currently under an ICE hold at the Baker Street Jail.

CPS said in situations like this, they look for a family member, whether in the Houston area or outside the country, who can immediately take custody of the children until their investigation is complete.

ABC13 found in court records that since 2008, Suazo has been convicted of trespassing, theft and possession of a controlled substance.