'I don't forgive this woman': Boy rejects apology after being wrongly accused of grabbing woman 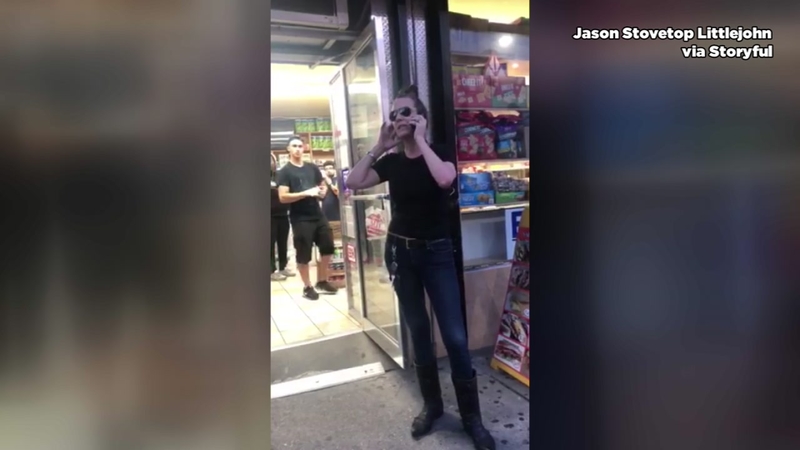 Video of a white woman calling the police for touching her butt, has gone viral.

NEW YORK -- With tears streaming down his cheeks, a 9-year-old black child spoke out at a community meeting in New York about being wrongly accused of grabbing a white woman's backside in a corner store, an incident disproved by security-camera footage.

With his mother standing beside him, Jeremiah Hervey delivered a simple message at the community meeting: "Friendship is really the key."

Jeremiah's emotional response came six days after Teresa Klein called the police and claimed the boy had grabbed her butt in a Brooklyn corner store.

Shortly after the encounter, a witness took a cell phone video of Klein apparently on the phone with a 911 operator, claiming the child groped her.

"That's right. Her son grabbed my a--," Klein could be heard saying on her phone. "And, (the mother) decided to yell at me. There are security cameras in this bodega."

The video shows Klein pleading for police to be sent to the store immediately, prompting terrified cries from the young Jeremiah and his little sister as they held onto their mother, Someko Bellille.

Jeremiah and his sister, dressed in school uniforms and carrying shopping bags, could be seen and heard crying and calling for their mother as she and other customers and residents tried to address Klein's accusations.

"'Cornerstore Caroline,' that's what that is," one person could be heard saying on the video. "Don't cry, little man."

Bellille also spoke at Monday's meeting, telling the crowd, "What happened to us respecting one another, having unity and being neighborly?"

"I don't forgive this woman, and she needs help," he said.

On Friday, Klein returned to the store, as residents and local media stood by, to finally watch the surveillance video that exonerated Jeremiah. Footage from inside the store showed the boy's book bag grazing Klein's butt. His hands, which did not touch her, were in plain sight on surveillance video.

The episode is the latest in a string of incidents in which white people have called the police on black people for seemingly innocuous behavior.

Klein also claimed that she called the police because the child's mother was aggressive.

"I felt someone grab my a--. I said, 'Don't touch my a--.' The woman flew at me, claimed she was a police officer, threatened to arrest me and I called 911," Klein told WABC.

Klein later apologized on video to the boy after seeing the footage.

The hashtag "Cornerstore Caroline" lit up on social media almost immediately after a video of Klein was released. The video was taken by a man named Jason Littlejohn, who posted it on Facebook.

Littlejohn encouraged people to "make this go viral" in his post. As of Monday, the video had been viewed nearly 8 million times.