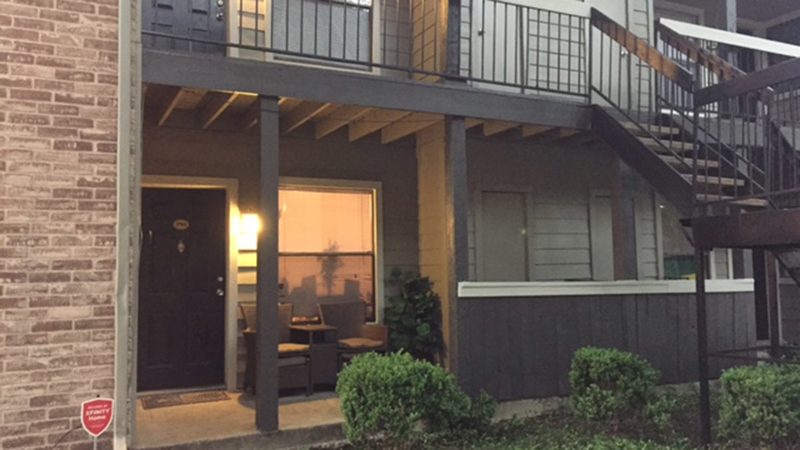 The woman's husband, who was out of town, hadn't been able to get in touch with his wife, 50-year-old Nataliya Shal. He grew worried and called police.

"The husband of the deceased called while he was at work out of the states and he was concerned about his wife. She hadn't answered the phone in several hours. Officers arrived there, they noticed a white female lying face down on the ground," said detective Edgar Elizondo with Baytown police.

Investigators would not say how the woman died or if there was a weapon found near her body. A release from Baytown police says the apartment was locked and officers had to make a forced entry into the apartment.

They would not comment on whether or not any suspects had been arrested.

Sheila Shelton says she was friends with the woman killed. She says the woman goes by Victoria, though she didn't know her last name.

Shelton says Victoria moved to Baytown from Russia about a year ago. She used to be a teacher, but hasn't worked since moving to Texas.

"Her and I would have talks and laugh and she loves pets," Shelton said, fighting back tears.

Another neighbor tells ABC 13 he last saw Victoria around 2 PM Sunday outside her apartment. Several people say she never locked her doors. No one we spoke with heard screaming or any kind of struggle Sunday night.

"They took a very good woman to soon and I hope this person is caught," Shelton said.

Police say the mother, in her early 50s, lives in that apartment with her husband. Her son, in his late 20s, lives in Europe.

Related topics:
baytown out and about
Copyright © 2022 KTRK-TV. All Rights Reserved.
TOP STORIES
Man accused of stabbing wife to death in Katy neighborhood
Wanted suspect shot and killed by Pasadena police during foot chase
Police arrest man charged in robbery and kidnapping caught on video
Here's how many inches of rain you could get over the next 7 days
Chase suspect in stolen SUV crashes into innocent driver: Officials
1 killed when pick-up hits dump truck and catches fire
Celebrate National Streaming Day with Hulu for $1/month for 3 months
Show More
Teen shot in gunbattle between 2 groups in west Harris County
Line for sold-out concert stretched across Houston's north side
Is Texas missing out? Oklahoma cashes in on booming marijuana market
'Growing up Buttafuoco': Joey and Mary Jo's daughter tells her story
Woman claimed self-defense in deadly Clear Lake marina shooting
More TOP STORIES News