Woman and 3 toddlers, ages 1 to 3, held hostage by man with machete in Northshore 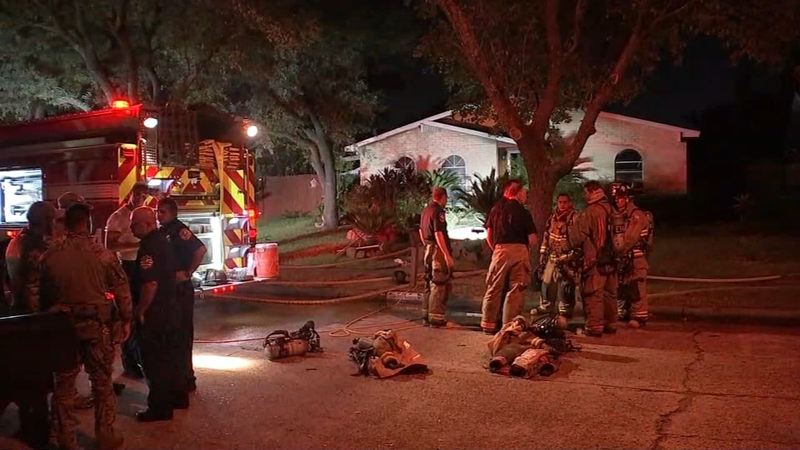 Woman and toddlers held hostage by man with machete

HOUSTON, Texas (KTRK) -- A woman and three toddlers were rescued from a home in Northshore where they were being held hostage by a man with a machete.

It happened in the 5700 block of Graycliff Drive, in the Pine Trails neighborhood near Uvalde & Wallisville Rd. shortly after 7 p.m. Monday.

Investigators say the armed man was inside the home with a woman and three toddlers, ranging in ages from one to three.

A Harris County SWAT team was able to rescue them after a few hours.

Update on Graycliff Dr: more great work by @HCSOTexas SWAT. They successfully rescued an adult female and three toddlers ranging in ages 1-3 years of age. The male, armed with a machete, was eventually taken into custody. #HouNews

Sheriff Ed Gonzalez said the man later came out on his own and was taken into custody.

Gonzalez says it appeared the man started a fire before he walked out.