Woman learns her fate for faking pregnancy in adoption scam 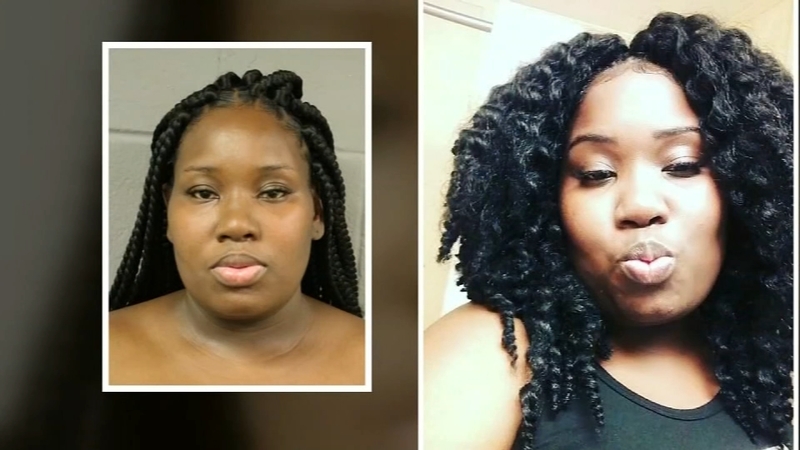 HOUSTON, Texas (KTRK) -- A woman who pleaded guilty to taking money from two adoption agencies while pretending to be pregnant with twins wrote her own character-witness letters in hopes of a lighter sentence, according to prosecutors.

"This is the first time it's ever happened in any of my cases," said Adam Broderick of the Harris County District Attorney's Consumer Fraud Division.

She promised twin boys but miscarried, investigators believed. She never let the agencies know and continued to take cash for living expenses.

Friday, hoping for a sentence of probation, she instead got the maximum.

"I'm glad they saw her through her lies and her scams and gave her the maximum penalty, so it can teach these girls that this isn't something to play around with. It's serious," said Stephanie Warren, executive director of Caring Adoptions, one of the agencies defrauded.

During a pre-sentence investigation, what prosecutors discovered even surprised them.

Out of the eight character witness letters Felder submitted, five were fakes, prosecutors believed. They were suspicious because they were all typed in the same computer font, not signed and with the same grammatical errors.

When they dug deeper, some of the people who allegedly wrote them did not exist.

"The defendant had submitted these fraudulent letters. Basically writing her own character letters. There were a few legitimate, but the vast majority were not," explained Valerie Turner, the chief prosecutor in the Consumer Fraud Division. "We're happy to have brought her to justice and we're happy for the next two years she won't be preying on any adoptive parents."

Felder is a mother. Her attorney, who did not respond to a request for comment, already filed a notice of appeal as Felder sits in jail.

Warren hopes her case is an example to other women who may have bad intentions.

"I really hope this does send a message," Warren said.