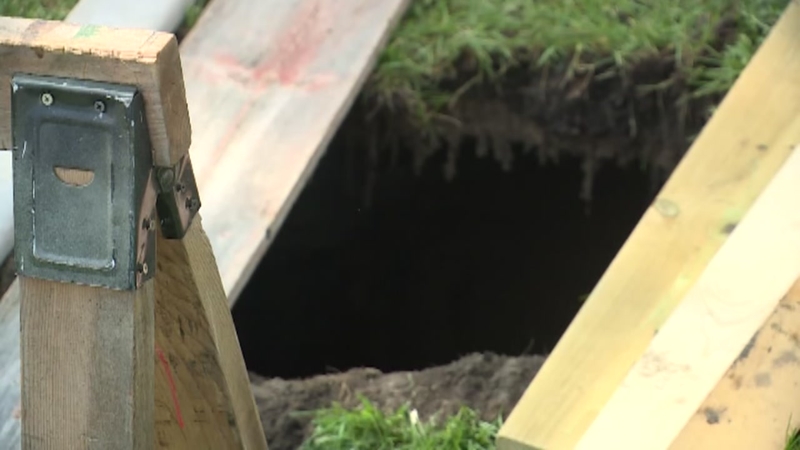 Sinkhole in yard swallows up man

MONTFORT, Wis. -- A Wisconsin man says he went through a terrifying ordeal when he fell into a 25-foot-deep sinkhole Tuesday night

Authorities say 36-year-old man, Brandon Post, was just doing some yard work when he fell underground into a sinkhole that was three feet in front of his garage.

Post felt helpless. All he could do was scream.

"I thought I was going to be buried alive, I really did," said Post.

After 30 minutes, the neighbor heard his cries for help and called 9-1-1. In the meantime, he attempted to help Post by putting a step ladder into the hole, but it was too deep.

Moments later, the Montfort Fire, Montfort EMS and a Grant County Sheriff's deputy arrived to the scene and were able to successfully free him with a strap and a rope.