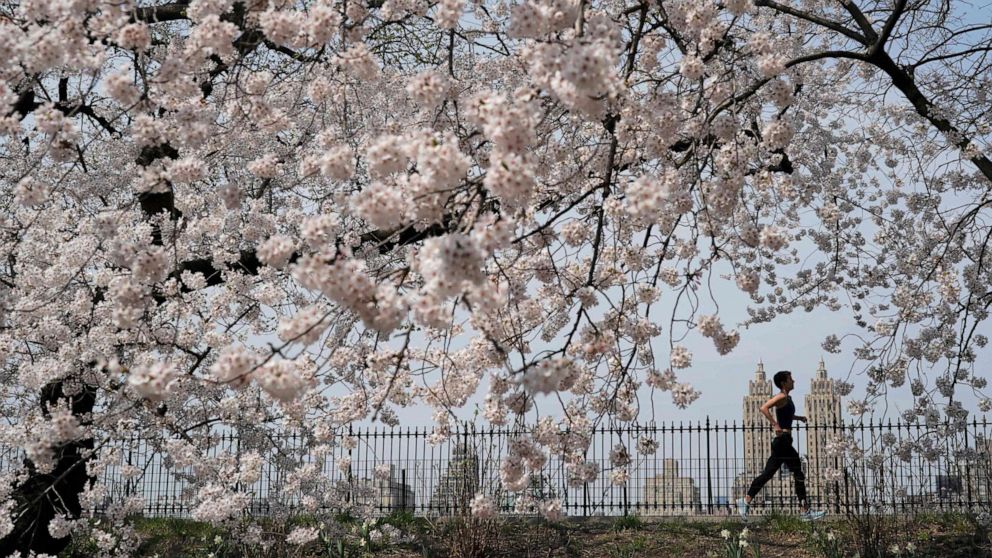 Freezing temperatures and snow are on the way for millions of Americans from Denver to Detroit.

Already on Monday morning, snow alerts are up for seven states from Montana to Missouri as this new storm moves out of the Rockies and into the Plains.

Snow will hit Denver by Monday late afternoon into Monday evening and will move into Kansas City Monday night into Tuesday.

Denver is expecting up to a half a foot of snow with up to 15 inches of snow possible in the higher elevations.

Kansas City will see up to 3 inches of April snow with up to 4 inches west of the city.

The snow will move east into the rest of the Midwest and southern Great Lakes with snow possible for Illinois, Indiana and into Detroit, Michigan, by Tuesday night into Wednesday and several inches of snow could be possible there.

Behind the snowstorm, a winter-like freeze will move into a large part of the country.

Already this morning, 14 states are on freeze alerts from Texas to Michigan with the coldest night expected on Tuesday night as temperatures will fall to freezing and wind chills could be in the teens for some.

Meanwhile in Florida, severe thunderstorms produced 60 mph winds that caused damage to buildings in central Florida and ping pong ball-sized hail covered the ground over the weekend as the hardest hit areas were in central and northern Florida and north of Orlando.

A stalled frontal boundary will not move much over the next 48 hours and will bring more heavy rain with strong storms to central and the southern part of Florida.